(Orders for copies of Red, White & Royal Blue, with signed bookplates, will ship out in June.) 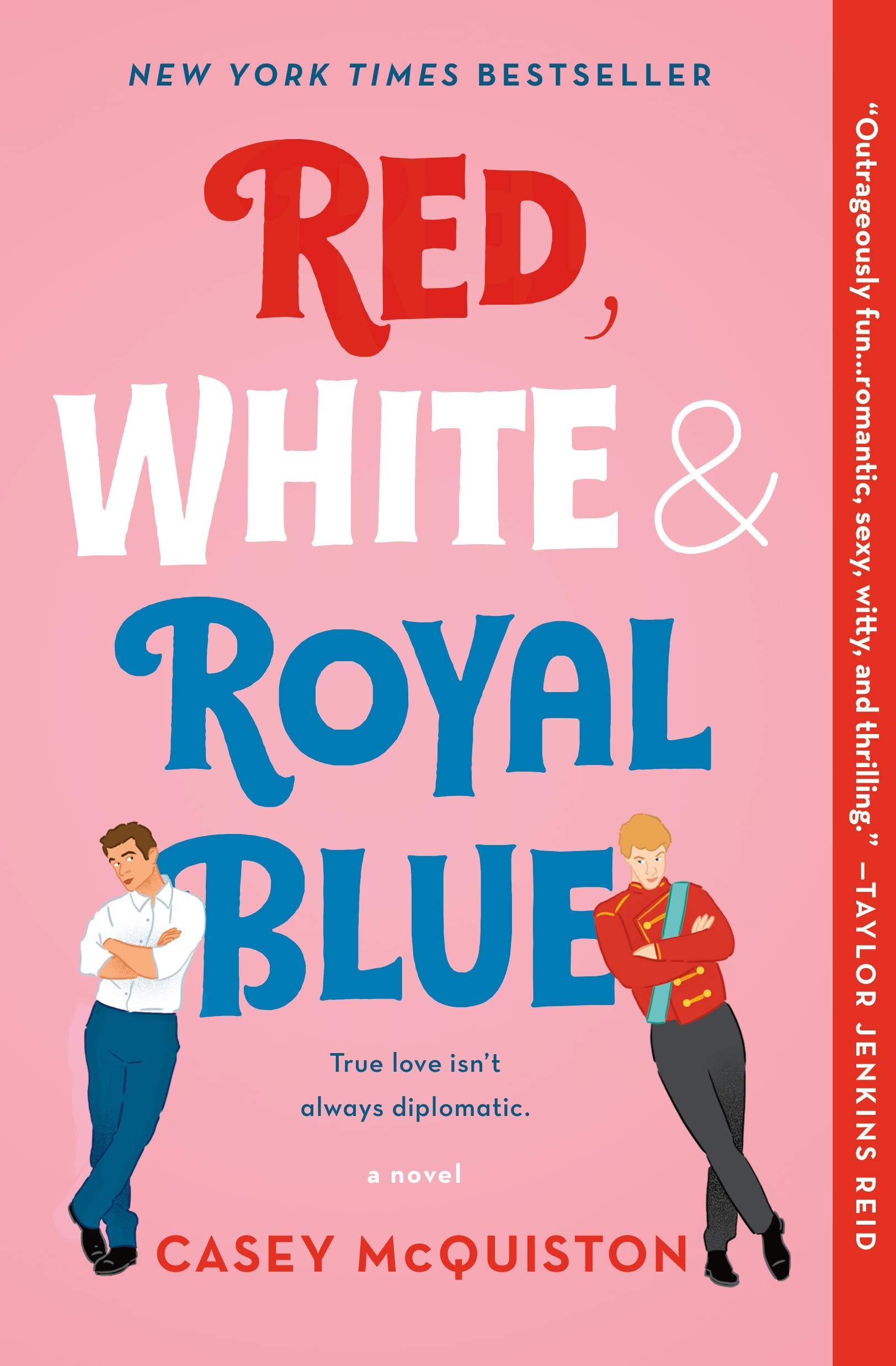 What happens when America's First Son falls in love with the Prince of Wales?

When his mother became President, Alex Claremont-Diaz was promptly cast as the American equivalent of a young royal. Handsome, charismatic, genius—his image is pure millennial-marketing gold for the White House. There's only one problem: Alex has a beef with the actual prince, Henry, across the pond. And when the tabloids get hold of a photo involving an Alex-Henry altercation, U.S./British relations take a turn for the worse.

Heads of family, state, and other handlers devise a plan for damage control: staging a truce between the two rivals. What at first begins as a fake, Instragramable friendship grows deeper, and more dangerous, than either Alex or Henry could have imagined. Soon Alex finds himself hurtling into a secret romance with a surprisingly unstuffy Henry that could derail the campaign and upend two nations and begs the question: Can love save the world after all? Where do we find the courage, and the power, to be the people we are meant to be? And how can we learn to let our true colors shine through? Casey McQuiston's Red, White & Royal Blue proves: true love isn't always diplomatic.

"I took this with me wherever I went and stole every second I had to read! Absorbing, hilarious, tender, sexy—this book had everything I crave. I’m jealous of all the readers out there who still get to experience Red, White & Royal Blue for the first time!" - Christina Lauren, New York Times bestselling author of The Unhoneymooners

Casey McQuiston is the New York Times bestselling author of Red, White & Royal Blue, as well as a pie enthusiast. She writes books about smart people with bad manners falling in love. Born and raised in southern Louisiana, she now lives in New York City with her poodle mix and personal assistant, Pepper.

"[An] exquisite debut... It’s hard to watch [Alex] fall in love with Henry without falling in love a bit yourself — with them, and with this brilliant, wonderful book." - The New York Times Book Review

"[A] fireworks in the sky, glitter in your hair joyous royal romance that you’ll want to fall head over heels in love with again and again. A+" - Entertainment Weekly

"A rivalry between the son of a U.S. president and the Prince of Wales turns into a whirlwind romance in this charming story about true love." - Us Weekly

"[An] escapist masterpiece... It’s a truly glorious thing to live inside the world of this book and to imagine it becoming reality, too." - Vogue

"Effervescent and empowering on all levels, Red, White & Royal Blue is both a well-written love story and a celebration of identity. McQuiston may not be royal herself, but her novel reigns as must read rom-com." - NPR

"In between sweet and steamy love scenes, Red, White & Royal Blue allows readers to imagine a world where coming out involves no self-loathing; where fan fiction and activist Twitter do actual good; and a diverse, liberal White House wins elections. This Blue Wave fantasy could be the feel-good book of the summer." - Booklist, Starred Review

"The much-loved royal romance genre gets a fun and refreshing update in McQuiston's debut... The love affair between Alex and Henry is intense and romantic, made all the more so by the inclusion of their poetic emails that manage to be both funny and steamy. A clever, romantic, sexy love story." - Kirkus, Starred Review

"With a diverse cast of characters, quick-witted dialog, and a complicated relationship between to young people with the eyes of the world watching their every move, McQuiston's debut is an irresistible, hopeful, and sexy romantic comedy that considers real questions about personal and public responsibility." - Library Journal, Starred Review

“[An] outstanding debut… with quick wit and clever plotting. The drama, which involves political rivals, possible betrayals, and even a meeting with the queen, is both irresistible and delicious. Readers will be eager to see more from McQuiston.” – Publishers Weekly, Starred Review