Alexandra Kleeman Presents Something New Under The Sun | RSVP 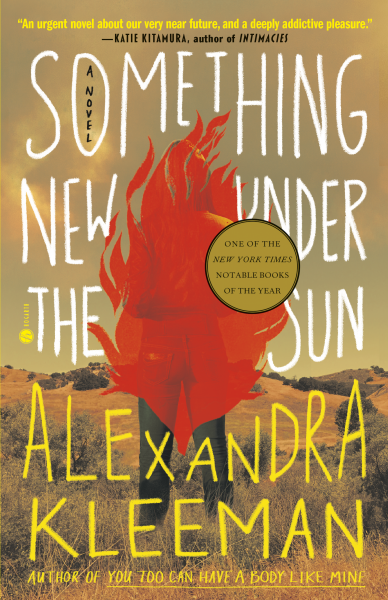 Your book purchase reserves your spot for the Seaport event on September 27th, 2022.
Books purchased online may be picked up at the event.

NEW YORK TIMES EDITORS’ CHOICE • A novelist discovers the dark side of Hollywood and reckons with ambition, corruption, and environmental collapse in “a darkly satirical reflection of ecological reality” (Time)

“An urgent novel about our very near future, and a deeply addictive pleasure.”—Katie Kitamura, author of Intimacies

Novelist Patrick Hamlin has come to Los Angeles to oversee the film adaptation of one of his books and try to impress his wife and daughter back home with this last-ditch attempt at professional success. But California is not as he imagined. Drought, wildfire, and corporate corruption are everywhere, and the company behind a mysterious new brand of synthetic water seems to be at the root of it all.

Patrick finds an unlikely partner in Cassidy Carter—the cynical starlet of his film—and the two investigate the sun-scorched city, where they discover the darker side of all that glitters in Hollywood. Something New Under the Sun is an unmissable novel for our present moment—a bold exploration of environmental catastrophe in the age of alternative facts, and “a ghost story not of the past but of the near future” (The New York Times).