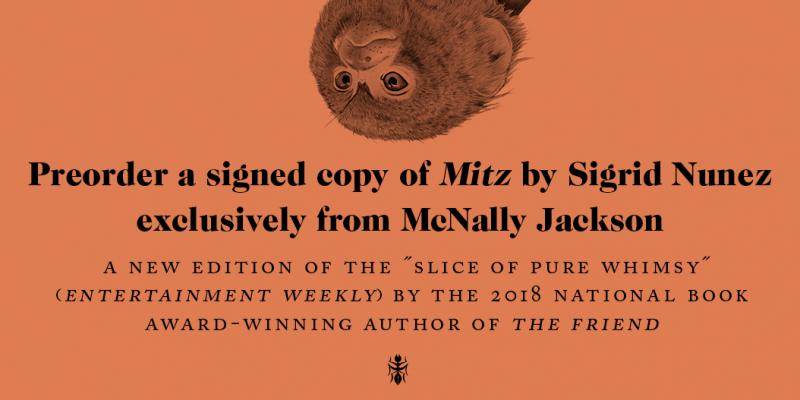 "The tender biography of a sickly marmoset that was adopted by Leonard Woolf and became a fixture of Bloomsbury society." --Dwight Garner, The New York Times

By the National Book Award-winning author of The Friend

In 1934, a "sickly pathetic marmoset" named Mitz came into the care of Leonard Woolf. After he nursed her back to health, she became a ubiquitous presence in Bloomsbury society. Moving with Leonard and Virginia Woolf between their homes in London and Sussex, she developed her own special relationship with each of them, as well as with their pet cocker spaniels and with various members of the Woolfs' circle, among them T. S. Eliot and Vita Sackville-West. Mitz also helped the Woolfs escape a close call with Nazis during a trip through Germany just before the outbreak of World War II. Using letters, diaries, memoirs, and other archival documents, Nunez reconstructs Mitz's life against the background of Bloomsbury's twilight years. This tender and imaginative mock biography offers a striking look at the lives of writers and artists shadowed by war, death, and mental breakdown, and at the solace and amusement inspired by its tiny subject. A new edition, with an afterword by Peter Cameron and a never-before-published letter about Mitz by Nigel Nicolson.

Mitz: The Marmoset of Bloomsbury (Paperback)