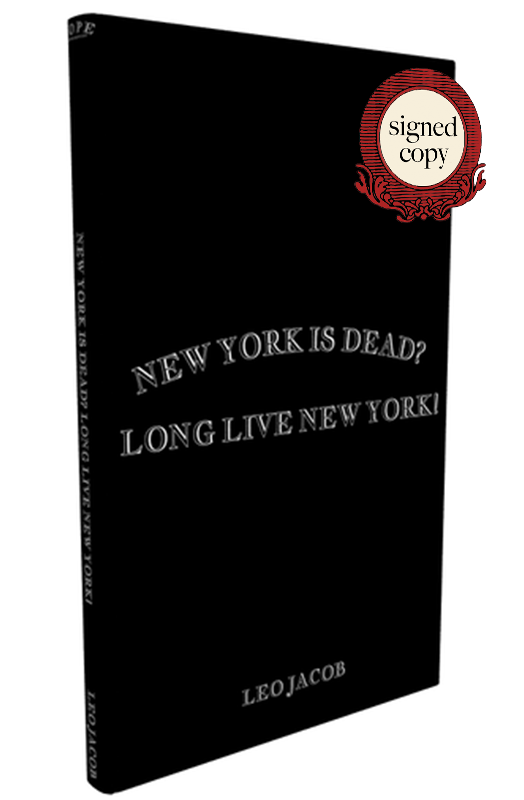 Original images & interviews featuring the owners of the NYC restaurants, storefronts and other professionals amidst Covid-19 lockdowns

This 9" x 12", 224 page hardcover photo-book features Leo Jacob's signature style photography as well as interviews from the owners, managers and operators of some of New York City's restaurants, stores fronts as well as other New York City professionals as they operated amidst the harsh restrictions, health concerns and financial unknowns due to the Covid-19 Pandemic. The photo-book is a visual representation of those doing all they can to keep the City alive contrary to those that have been saying "New York City is dead".

The interviews reveal their thoughts on what New York City is? What it means to them? and what they think of those that say "NYC is dead".

New York is Dead? Long Live New York! also features exclusive tribute commentary and comments from Jason Momoa, Walton Goggins, Frank Grillo, Jack Huston, Zoe Kravitz, Sam Rockwell, Michael Raymond James, Allan Houston, Stephen Dorff and it will close with an epilogue from Jason Isbell. A portion of the proceeds from this book will result in a donation to the ROAR NY Restaurant Health & Wellness Fund. Numbered and First Editions, are available at Pope of the Bowery.