Mi Cocina: Recipes and Rapture from My Kitchen in Mexico (Signed) 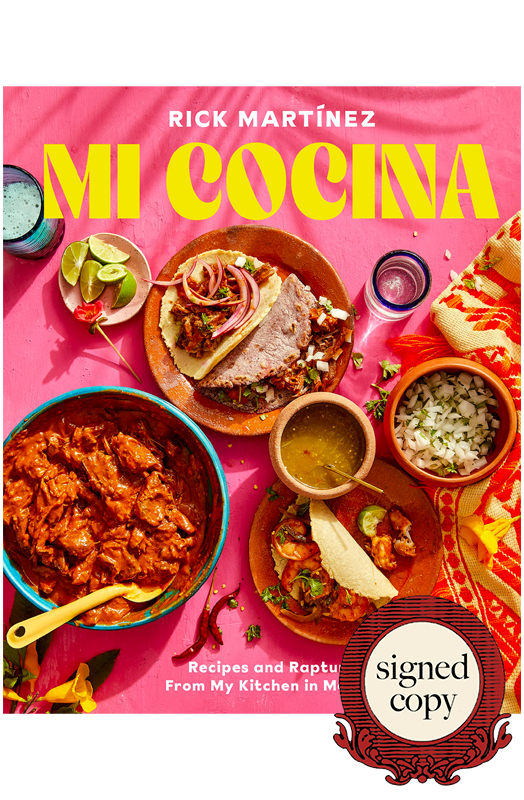 Books will ship or be available for pick-up after May 3rd, 2022

A highly personal love letter to the beauty and bounty of México in more than 100 transportive recipes, from the beloved food writer and host of the Babish Culinary Universe show Pruébalo on YouTube and Food52’s Sweet Heat

“This intimate look at a country’s cuisine has as much spice as it does soul.”—Publishers Weekly (starred review)

ONE OF THE MOST ANTICIPATED COOKBOOKS OF 2022—Time, Food52

Join Rick Martínez on a once-in-a-lifetime culinary journey throughout México that begins in Mexico City and continues through 32 states, in 156 cities, and across 20,000 incredibly delicious miles. In Mi Cocina, Rick shares deeply personal recipes as he re-creates the dishes and specialties he tasted throughout his journey. Inspired by his travels, the recipes are based on his taste memories and experiences. True to his spirit and reflective of his deep connections with people and places, these dishes will revitalize your pantry and transform your cooking repertoire.

Highlighting the diversity, richness, and complexity of Mexican cuisine, he includes recipes like herb and cheese meatballs bathed in a smoky, spicy chipotle sauce from Oaxaca called Albóndigas en Chipotle; northern México’s grilled Carne Asada that he stuffs into a grilled quesadilla for full-on cheesy-meaty food euphoria; and tender sweet corn tamales packed with succulent shrimp, chiles, and roasted tomatoes from Sinaloa on the west coast. Rick’s poignant essays throughout lend context—both personal and cultural—to quilt together a story that is rich and beautiful, touching and insightful. 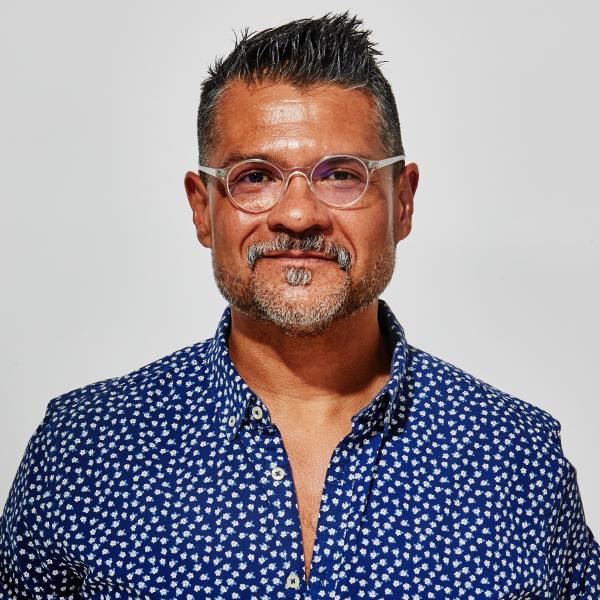 Rick Martínez is the host of the YouTube series Pruébalo on the Babish Culinary Universe and the Food52 video series Sweet Heat. He cohosts the Borderline Salty podcast with Carla Lalli Music, is a regular contributor to Bon Appétit magazine and The New York Times, and teaches live, weekly cooking classes for the Food Network Kitchen. He currently resides in Mazatlán with his dog, Choco, where he cooks, eats, and enjoys the Mexican Pacific coast.