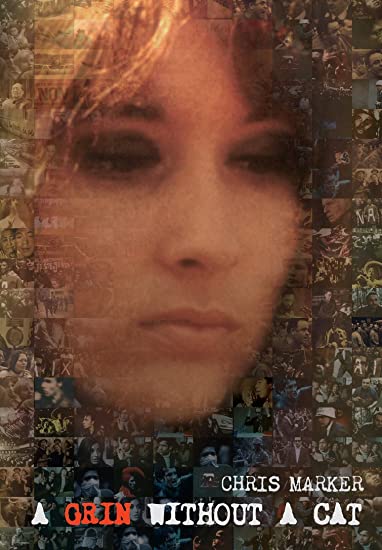 "The true authors of this film are the countless cameramen, technical operators, witnesses and activists whose work is constantly pitted against that of governments, who would like us to have no memory."- Chris Marker
1977
French w/ English Subtitles
180m

A GRIN WITHOUT A CAT is Chris Marker's epic film-essay on the worldwide political wars of the 60's and 70's: Vietnam, Bolivia, May '68, Prague, Chile, and the fate of the New Left.

Released in France in 1978, restored and "re-actualized" by Marker fifteen years later (after the fall of the Soviet Union),

Described by Marker as "scenes of the Third World War," the film (the original French title is virtually untranslatable) is divided into two parts, each weaving together two strands:

Part 2: Severed Hands
1. From Spring in Prague to the Common Program of Government in France
2. From Chile to - to what?

From 1967 (the year Marker argues was the real turning point) on, A GRIN WITHOUT A CAT is a sweeping, global contemplation of a defining ten years' political history.