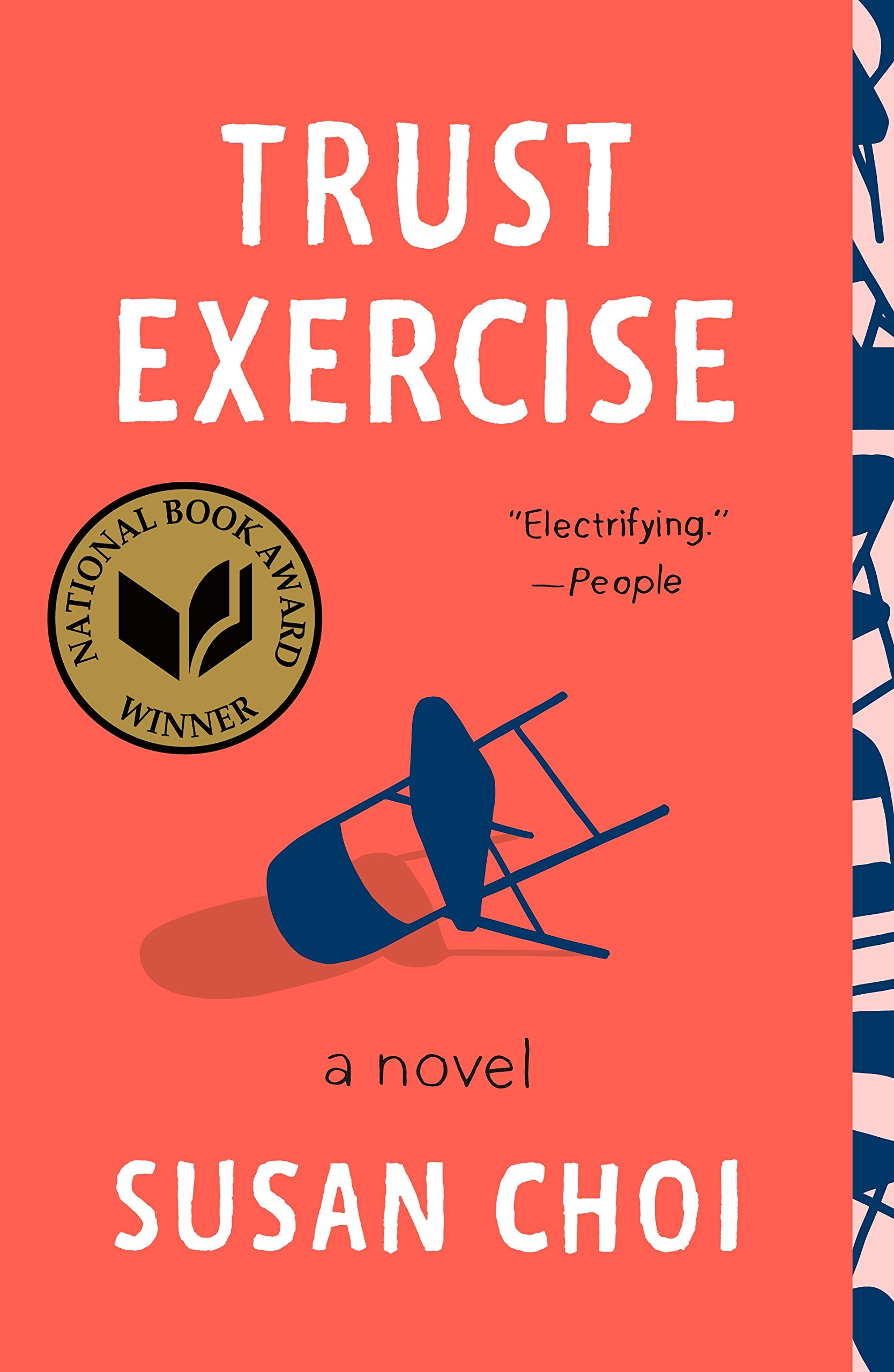 WINNER OF THE 2019 NATIONAL BOOK AWARD FOR FICTION

In an American suburb in the early 1980s, students at a highly competitive performing arts high school struggle and thrive in a rarified bubble, ambitiously pursuing music, movement, Shakespeare, and, particularly, their acting classes. When within this striving “Brotherhood of the Arts,” two freshmen, David and Sarah, fall headlong into love, their passion does not go unnoticed―or untoyed with―by anyone, especially not by their charismatic acting teacher, Mr. Kingsley.

The outside world of family life and economic status, of academic pressure and of their future adult lives, fails to penetrate this school’s walls―until it does, in a shocking spiral of events that catapults the action forward in time and flips the premise upside-down. What the reader believes to have happened to David and Sarah and their friends is not entirely true―though it’s not false, either. It takes until the book’s stunning coda for the final piece of the puzzle to fall into place―revealing truths that will resonate long after the final sentence.

As captivating and tender as it is surprising, Susan Choi's Trust Exercise will incite heated conversations about fiction and truth, and about friendships and loyalties, and will leave readers with wiser understandings of the true capacities of adolescents and of the powers and responsibilities of adults.

Susan Choi's Trust Exercise was the recipient of the 2019 National Book Award for Fiction. Choi's first novel, The Foreign Student, won the Asian-American Literary Award for fiction. Her second novel, American Woman, was a finalist for the 2004 Pulitzer Prize and was adapted into a film. Her third novel, A Person of Interest, was a finalist for the 2009 PEN/Faulkner Award. In 2010 she was named the inaugural recipient of the PEN/W.G. Sebald Award. Her fourth novel, My Education, received a 2014 Lammy Award. Her first book for children, Camp Tiger, came out in 2019. A recipient of fellowships from the National Endowment for the Arts and the Guggenheim Foundation, she teaches fiction writing at Yale and lives in Brooklyn.

Michael Cunningham is the author of the novels A Home at the End of the World, Flesh and Blood, The Hours, By Nightfall, and The Snow Queen, as well as a short story collection, A Wild Swan and Other Tales, all published by Farrar Straus & Giroux. The Hours won the 1999 Pulitzer Prize and PEN Faulkner Award, and was nominated for the National Book Critics Circle Award. Cunningham’s fiction and non-fiction have appeared in the New Yorker, the New York Times, the Atlantic Monthly, the Paris Review, and other publications. A recipient of National Endowment for the Arts, Guggenheim, and Whiting Foundation fellowships, he is a Senior Lecturer in English at Yale University.