McNally Jackson welcomes "Tor Teen Presents: Own Your Magic" featuring YA superstars Lauren Shippen (The Infinite Noise, Book #1 and A Neon Darkness, Book #2 of The Bright Sessions series), Mark Oshiro (Each of Us a Desert and Anger Is A Gift), Sarah Henning (The Princess Will Save You and Sea Witch Rising), and T. J. Klune (The Extraordinaries and The House in the Cerulean Sea) on Tuesday, Sept. 29, at 6 p.m. Lauren, Mark, Sarah, and T. J. will share their wit, humor, and magic with us as we celebrate the launch of their incredible new novels. To join this virtual event via Zoom, RSVP HERE. Moderated by Yvonne Brooks.

Sarah Henning: The Princess Will Save You (new release) can be ordered HERE. For Throw Like a Girl, order HERE. For Sea Witch Rising, order HERE.

T. J. Klune: The Extraordinaries (new release, hardcover edition comes with an exclusive, reversible jacket!) can be ordered HERE. For The House in the Cerulean Sea, order HERE.

About the Authors and Their Work: 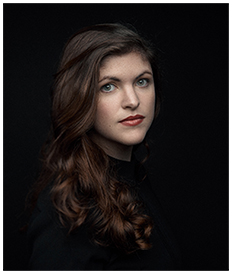 LAUREN SHIPPEN, author of The Infinite Noise and upcoming release (Sept. 29) A Neon Darkness, is a writer best known for her work in fiction podcasts. She is the creator and sole writer of the popular audio drama, The Bright Sessions. She went on to executive produce The AM Archives and co-produce Passenger List before founding Atypical Artists, a company dedicated to audio storytelling. She wrote MARVELS, an audio adaptation of the popular comic, released in 2019 by Marvel and Stitcher. Lauren was named one of Forbes's 2018 30 Under 30 in Media and one of MovieMaker Magazine's and Austin Film Festival’s 25 Screenwriters to Watch. She was born in New York City and grew up in Bronxville, New York. She currently lives in Los Angeles but travels frequently to New York.

A Neon Darkness (#2 of The Bright Sessions series): Robert is alone until a group of strangers who can do impossible things—produce flames without flint, conduct electricity with their hands, and see visions of the past—welcome him. They call themselves Unusuals and they give Robert a new name too: DAMIEN. Finally, finally he belongs. As long as he can keep his power under control. But control is a sacrifice he might not be willing to make.

Praise for A Neon Darkness:

Damien’s use of control to gain human connection and its moral implications will make readers question how far are they willing to go to get everything they desire. The story will leave readers thinking long after the last page is read.” —School Library Journal

A Neon Darkness, the second Bright Sessions novel from creator Lauren Shippen, asks: “What if the X-Men, instead of becoming superheroes, decided to spend some time in therapy?” —Vox

Praise for The Infinite Noise:

“Part Professor X, part Sigmund Freud, Dr. Bright has a specialty: treating 'the strange and unusual....' Start at the beginning and binge away an afternoon on Dr. Bright’s couch.” —WIRED

“Emotional and inventive, Lauren Shippen has written a queer love story for anyone who’s ever felt like an outsider. The Infinite Noise managed to make me swoon even as it broke my heart. A thoughtful and tender exploration of mental health, it will make you want to go to therapy, whether you have superpowers or not.” —Britta Lundin, Riverdale screenwriter and author of Ship It 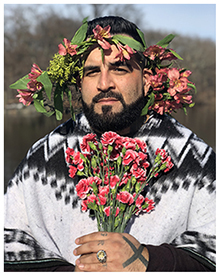 MARK OSHIRO is the Hugo-nominated writer of the online Mark Does Stuff universe (Mark Reads and Mark Watches), where they analyze book and TV series. Their debut novel, Anger Is a Gift, was a recipient of the Schneider Family Book Award for 2019. Their lifelong goal is to pet every dog in the world.

Each of Us a Desert: From award-winning author Mark Oshiro comes a powerful coming-of-age fantasy novel about finding home and falling in love amidst the dangers of a desert where stories come to life.
Xochitl is destined to wander the desert alone, speaking her troubled village's stories into its arid winds. Her only companions are the blessed stars above and enigmatic lines of poetry magically strewn across dusty dunes. Her one desire: to share her heart with a kindred spirit. One night, Xo's wish is granted—in the form of Emilia, the cold and beautiful daughter of the town's murderous conqueror. But when the two set out on a magical journey across the desert, they find their hearts could be a match . . . if only they can survive the nightmare-like terrors that arise when the sun goes down.

Praise for Each of Us a Desert:

"The writing, akin to an atmospheric, novel-length poem, seamlessly weaving in Spanish and matter-of-fact queer representation, is beautiful to read. Contemplative teens will appreciate this meaningful story about human existence." —Booklist

Praise for Anger is a Gift:

"Anger is a Gift is an explosion of fury and revolution. Mark Oshiro's beautiful and brutal debut proves that not only can anyone be a hero, but great change comes when the heroes work together."—Adam Silvera, New York Times bestselling author of They Both Die at the End

“Part sweet love story, part social justice commentary, this title begs to be read. Give this to fans of Angie Thomas’s The Hate U Give.”—School Library Journal, starred review 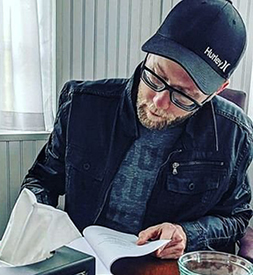 T. J. KLUNE is a USA Today bestselling, Lambda Literary Award-winning author and an ex-claims examiner for an insurance company. His novels include The House in the Cerulean Sea and The Extraordinaries. Being queer himself, TJ believes it's important—now more than ever—to have accurate, positive, queer representation in stories.
The Extraordinaries: Some people are extraordinary. Some are just extra. TJ Klune's YA debut, The Extraordinaries, is a queer coming-of-age story about a fanboy with ADHD and the heroes he loves. After a chance encounter with Shadow Star, Nova City’s mightiest hero (and Nick’s biggest crush), Nick sets out to make himself extraordinary. And he’ll do it with or without the reluctant help of Seth Gray, Nick's best friend (and maybe the love of his life).

Praise for The Extraordinaries:
"Uproariously funny, this razor-sharp book is half a love-letter to fandom, half self-aware satire, and wholly lovable. I haven't read anything quite like this before!" —Sophie Gonzales, author of Only Mostly Devastated

“The most down-to-earth book about superheroes I've ever read. I laughed, I cried, and I had a smile on my face the entire time I was reading it” —Mason Deaver, bestselling author of I Wish You All the Best
“Klune’s deliberate use of traditional comic book themes, such as masking one's identity, mirror common struggles faced by neurodiverse and LGBTQIAP+ youth; this thoughtful approach urges readers to embrace their true selves.” —Shelf Awareness, starred review

“Nick’s ADHD and almost comical optimism combine to make a charming and entertaining hero . . . There’s plenty in this lighthearted, superhero-interested teen dramedy for kids who feel like they’re sometimes on the outside, including the positive representation of a teen with ADHD.” —Publishers Weekly
The Extraordinaries is
An Indie Bestseller!
An Indie Next Pick!
One of Goodread's "Most Anticipated YA Novels of 2020"
One of Buzzfeed's "YA Fantasy Books We Can't Wait to Read in 2020"
One of BookPage's "Most Anticipated YA Summer Reads" 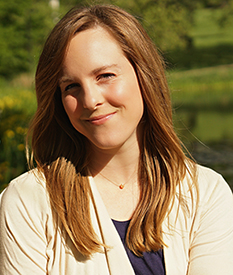 LAUREN SHIPPEN is a recovering journalist who has worked for the Palm Beach Post, the Kansas City Star, and the Associated Press, among others. When not hunched over her computer, she runs ultramarathons, hangs out with her husband, Justin, and goes on absurdly long walks with her two adorable kids. Sarah lives in Lawrence, Kansas, hometown of Langston Hughes, William S. Burroughs, and a really good basketball team. You can visit her online at www.sarahhenningwrites.com.
The Princess Will Save You: Book #1 of the Kingdoms of Sand and Sky series is a YA fantasy adventure inspired by The Princess Bride, in which a princess must rescue her stable boy true love, from the acclaimed author of Sea Witch, Sarah Henning. When her warrior father, King Sendoa, mysteriously dies, Princess Amarande of Ardenia is given what would hardly be considered a choice: Marry a stranger at sixteen or lose control of her family’s crown. But Amarande was raised to be a warrior—not a sacrifice. In an attempt to force her choice, a neighboring kingdom kidnaps her true love, stable boy Luca. With her kingdom on the brink of civil war and no one to trust, she’ll need all her skill to save him, her future, and her kingdom.
Praise for The Princess Will Save You:
“Full of inconceivable wit, daring adventure, and cunning political machinations…It’s as if Sarah Henning looked into my soul that yearned for a book like The Princess Bride and said—as you wish. And yes, this is a kissing book.”—Ashley Poston, author of Heart of Iron

“The Princess Will Save You is everything we love about YA fantasy, complete with first love, sweeping adventure, and a fierce heroine who holds her own. There’s something for everyone in this book.”—Adrienne Young, New York Times bestselling author of The Sky in the Deep
“A breakneck fantasy adventure with the most kick-ass heroine I’ve read in months. Swoony romance, sword fights, a great cast of characters and some clever parallels to a story about another princess who won’t be made a bride makes The Princess Will Save You a strong contender for my favorite novel of the year.”—Emily Hall Schroen, Main Street Books, St. Charles, Missouri
Praise for Sea Witch and Sea Witch Rising:
“Deftly transforming a fairy tale into a richly layered exploration of culture and relationships, Henning tells the origin story of the Sea Witch from Hans Christian Andersen’s ‘The Little Mermaid.’”
—Publishers Weekly
“Henning’s dive into "Little Mermaid" lore is equal parts dark and tantalizing. Like the sea it sings of, this story has a strong pull. I found myself unable to set it down!”
—Ryan Graudin, award-winning author of Wolf by Wolf