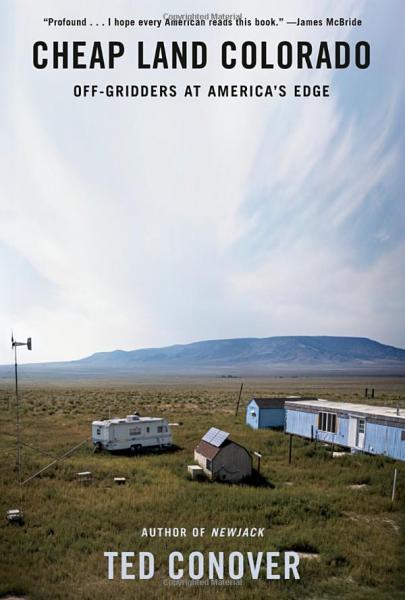 From Pulitzer Prize finalist and National Book Critics Circle Award–winning author of Newjack, a passage through an America lived wild and off the grid, where along with independence and stunning views come fierce winds, neighbors with criminal pasts, and minimal government and medical services.

“In these dispatches, [Conover] invites readers to ride shotgun along an unraveling edge of the American West, where sepia-toned myths about making a fresh start collide with modern modes of alienation, volatility, and exile.... In a nation whose edges have come to define its center, this is essential reading.”—Jessica Bruder, author of Nomadland: Surviving America in the Twenty-First Century

In May 2017, Ted Conover went to Colorado to explore firsthand a rural way of life that is about living cheaply, on your own land—and keeping clear of the mainstream. The failed subdivisions of the enormous San Luis Valley make this possible. Five-acre lots on the high prairie can be had for five thousand dollars, sometimes less.

Conover volunteered for a local group trying to prevent homelessness during the bitter winters. He encountered an unexpected diversity: veterans with PTSD, families homeschooling, addicts young and old, gay people, people of color, lovers of guns and marijuana, people with social anxiety—most of them spurning charity and aiming, and sometimes failing, to be self-sufficient. And more than a few predicting they’ll be the last ones standing when society collapses.

Conover bought his own five acres and immersed himself for parts of four years in the often contentious culture of the far margins. He found many who dislike the government but depend on its subsidies; who love their space but nevertheless find themselves in each other’s business; who are generous but wary of thieves; who endure squalor but appreciate beauty. In their struggles to survive and get along, they tell us about an America riven by difference where the edges speak more and more loudly to the mainstream.

TED CONOVER is the author of several books, including Newjack: Guarding Sing Sing, which won the National Book Critics Circle Award for nonfiction and was a finalist for the Pulitzer Prize. His writing has appeared in The New York Times Magazine, The Atlantic, The New Yorker, Harper’s Magazine, and National Geographic. He is a professor at, and the former director of, New York University’s Arthur L. Carter Journalism Institute. 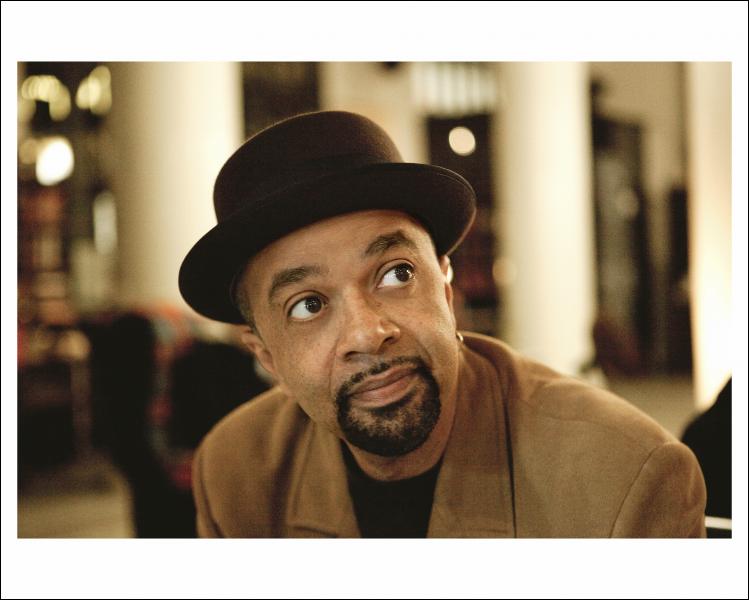 James McBride is an author, musician, and screenwriter. He is the author of several novels including The Color of Water (Riverhead), The Good Lord Bird, which won the 2013 National Book Award for fiction and has been turned into a miniseries that premiered on Showtime in October 2020, and Miracle at St. Anna, which became a 2008 Touchstone Disney film. He has written screenplays and teleplays for film icon Spike Lee (Miracle At St. Anna, Red Hook Summer) and television pioneer David Simon (Parting The Waters). James is a former staff writer for The Wilmington (Del.) News Journal, the Boston Globe, People Magazine, and the Washington Post (Style Section). His work has appeared in The New York Times, Rolling Stone, Essence, and National Geographic. In 2015, James was elected to the American Academy of Arts and Letters, and in 2016, James was awarded the National Humanities Award by President Barack Obama. He holds a Masters in Journalism from Columbia University, and is proud and delighted to be a Distinguished Writer-In-Residence at New York University.