Spain in Our Hearts: Americans in the Spanish Civil War, 1936–1939, by Adam Hochschild. With Juan José Herrera

Spain in Our Hearts: Americans in the Spanish Civil War, 1936–1939, by Adam Hochschild. In conversation with Juan José Herrera. 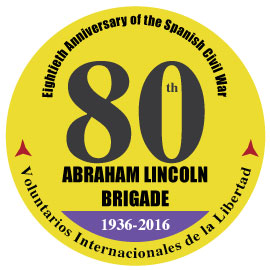 Acclaimed popular historian Hochschild (To End All Wars) shares tales of some of the roughly 2,800 Americans who participated in the Spanish Civil War and relates the experiences of the two most notable journalists to cover it, Ernest Hemingway and George Orwell. He shows how the war was a brutal, cruel mismatch from the beginning, with Franco’s fascist forces strengthened by 80,000 Italian troops supplied by Mussolini, as well as weapons and airplanes provided by Hitler in exchange for war-related minerals (copper, iron ore, and pyrites). Additionally, Hochschild uncovers the story of how Texaco, headed by an admirer of Hitler, Torkild Rieber, provided Franco with unlimited oil on credit, shipped it for free, and supplied invaluable intelligence on tankers carrying oil to the Republican forces. The Republicans, meanwhile, embargoed by France, Britain, and the U.S., used antiquated weapons, including American Winchester rifles manufactured in the 1860s. Hochschild is an exceptional writer; his narrative is well-paced, delivered in clear prose, and focused on important and colorful details of the historical moment. Volunteers from around the world, including the Americans (a quarter of whom died), correctly saw the Republican cause as a last-ditch effort to stop fascism before it spread across Europe, and Hochschild tells their story beautifully

Adam Hochschild (pronunciation: ''Hoch'' as in “spoke”; ''schild'' as in “build”) is the author of eight books; the latest, "Spain in Our Hearts: Americans and the Spanish Civil War, 1936-1939," appears in March 2016. "Bury the Chains: Prophets and Rebels in the Fight to Free an Empire's Slaves" won the Los Angeles Times Book Prize, the PEN USA Literary Award, the Gold Medal of the California Book Awards, and was a finalist for the National Book Award. He has twice been a finalist for the National Book Critics Circle Award. His "Finding the Trapdoor: Essays, Portraits, Travels," collects some of the articles he has done in several decades of writing for various newspapers and magazines. Earlier in his career, he was a reporter for the San Francisco Chronicle, a commentator on National Public Radio's "All Things Considered," and an editor and writer at Mother Jones magazine. His articles have also been published in the New Yorker, Harper's, the Atlantic, the New York Times Magazine, and elsewhere. In 2009 he received the Theodore Roosevelt-Woodrow Wilson Award from the American Historical Association and in 2014 he was elected a fellow of the American Academy of Arts and Sciences.

Juan José Herrera's career has always been focused on culture and the arts: he is a diplomat, a published author, an art curator, a book editor and a translator from French, English and Italian, specializing in Russian culture. He has managed museums, orchestras, book collections, and performing arts centers in his native Spain, and he currently serves as Consul of Spain in New York City.