Saturday Storytime at the Seaport: The Rhino Suit by Colter Jackson 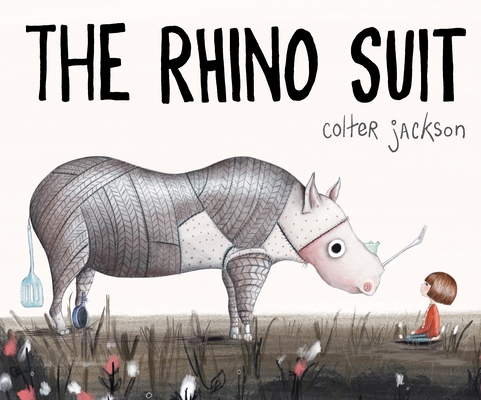 When a little girl feels like the pain of the world is too much, she builds a tough-skinned rhino suit to protect herself.

When one little girl sees litter in the streets, an animal without shelter, and the pain of a parent, the weight of the world feels like too much to bear. She feels everything so deeply, it makes her want to hide.

One day, when the tenderness and pain of the world feel like they are more than she can handle, she has a grand idea. She decides to build a rhino suit to keep herself safe.

Inside the rhino’s armor, the pain of the world is easy for the girl to ignore—but the beauty and joy that the world has to offer are hidden from her, too. And soon, she finds that the rhino suit blocks off her ability to help. Maybe living without thick skin is worth the risk . . .

With soft and emotive illustrations and a story that will open hearts, The Rhino Suit is about moving from fear to courageousness, from brokenness to wholeness, and from feeling shut down to letting all of life in.

Colter Jackson is the author-illustrator of the picture book Elephants Make Fine Friends and the comic Frog Heaven. Her work has appeared in the New York Times, Epoch magazine, Tin House, and other places. She has an MFA in creative writing from Sarah Lawrence College, and she lives in New York City with her lovely family.