Saturday Storytime at the Seaport: Hello, Opportunity: The Story of Our Friend on Mars by Shaelyn McDaniel 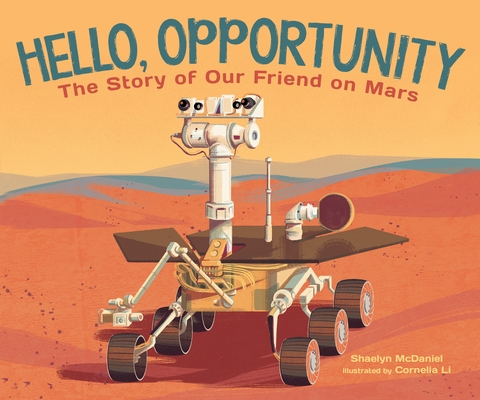 Join author Shaelyn McDaniel for the launch of Hello, Opportunity! No rsvp required.

Humans wanted to soar through the sky, and we did. We wanted to go to the moon, and we did. Then we set our sights on a little red planet, so far out we couldn’t go ourselves. Instead, we sent a friend. We named her Opportunity because it means “a good chance” and feels like hope.

With nine eyes, three ears, one arm, and six wheels, Oppy explored the mysterious terrain of Mars, gathering samples, snapping photos, and discovering vast craters. Everywhere held new and exciting surprises! Until one day, a storm came, and it was time to say goodbye…for now. We still hope Oppy may wake up someday.

Kids will be amazed by Opportunity’s groundbreaking Mars mission as they see the red planet through her eyes, and the eyes of the scientists who loved her.

Shaelyn McDaniel grew up in South Florida before moving to New York for a digital marketing career with kids books. In college, she majored in English. As a kid she assumed humans had already been to Mars, and as an adult she remains incensed that we haven’t (yet). This is her debut picture book.

Hello, Opportunity: The Story of Our Friend on Mars (Hardcover)