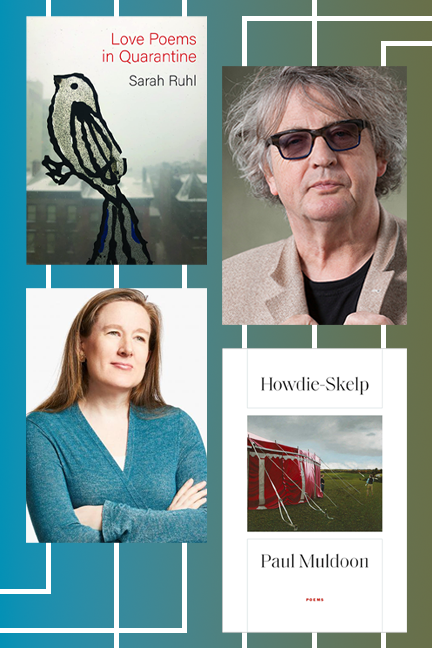 May 31st
7pm
McNally Jackson Seaport
RSVP Required - see below
Join two celebrated writers, Sarah Ruhl and Paul Muldoon, to celebrate the publication of their new books, both lyrical and ambitious works which grapple with pandemics, quarantine, and the crises of our times.
In Love Poems in Quarantine Sarah Ruhl, an award-winning, multi-genre writer grapples with the pandemic, death of George Floyd, and other crises of our times in gnomic poems written from inside the purgatory (and sudden revelations) of quarantine. Writing from and toward "the endless desire / to be at home in the world," Sarah Ruhl wrote Love Poems in Quarantine to mark the passage of time when all familiar landmarks disappeared. From the dawn of the COVID-19 pandemic, to the murder of George Floyd, to months of simultaneous quarantine and protest, this is--in free verse and form, lamentation and meditation--a book of days, a survival kit for spiritual malady. These poems find small solace in domestic absurdities. Even in global crisis, there is the laundry. The dog rolls in something putrid, the child interrupts a Zoom meeting, and dinner must get made, again and again. Using language to travel and touch when bodies could not, Ruhl has drawn with great care a portrait of a year unlike any other in history.
The poems in Howdie-Skelp, Pulitzer Prize-winning poet Paul Muldoon’s new collection, include a nightmarish remake of The Waste Land, an elegy for his fellow Northern Irish poet Ciaran Carson, a heroic crown of sonnets that responds to the early days of the COVID-19 pandemic, a translation from the ninth-century Irish, and a Yeatsian sequence of ekphrastic poems that call into question the very idea of an “affront” to good taste. Muldoon is a poet who continues not only to capture but to command our attention. 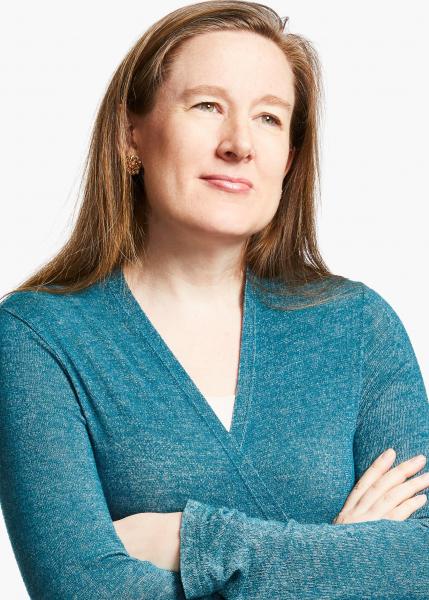 Sarah Ruhl is a playwright, essayist and poet. She is a MacArthur “Genius” Award recipient, two-time Pulitzer Prize finalist, and a Tony Award nominee. Her book of essays, 100 Essays I Don’t Have Time to Write, was published by FSG and named a notable book by the New York Times. Her book Letters from Max, co-authored with Max Ritvo and published by Milkweed Editions, was on the New Yorker’s Best Poetry of the Year list. Her plays include For Peter Pan on her 70th Birthday; How to Transcend a Happy Marriage; The Oldest Boy; Stage Kiss; Dear Elizabeth; In the Next Room, or the Vibrator Play; The Clean House; Passion Play; Dead Man’s Cell Phone; Melancholy Play; Eurydice; Orlando; Late: A Cowboy Song, and a translation of Chekhov’s Three Sisters. Her plays have been produced on and off Broadway, around the country, and internationally, where they’ve been translated into over fifteen languages. Originally from Chicago, Ms. Ruhl received her MFA from Brown University where she studied with Paula Vogel. She has received the Susan Smith Blackburn Prize, the Whiting Award, the Lilly Award, a PEN award for mid-career playwrights, the National Theater Conference’s Person of the Year Award, and the Steinberg Distinguished Playwright Award. She teaches at the Yale School of Drama, and lives in Brooklyn with her family. 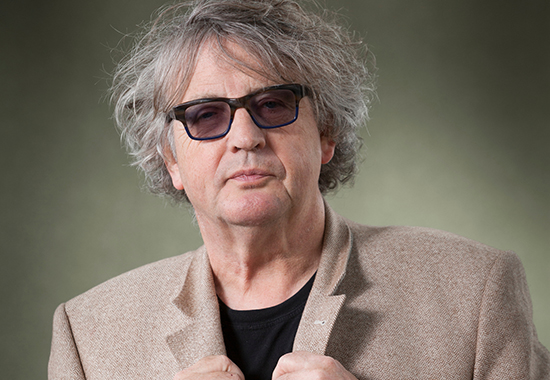 Paul Muldoon was born in County Armagh in 1951. He now lives in New York. A former radio and television producer for the BBC in Belfast, he has taught at Princeton University for thirty-five years. He is the author of fourteen collections of poetry including Howdie-Skelp, published by FSG and Faber and Faber in 2021. Among his awards are the 1972 Eric Gregory Award, the 1980 Sir Geoffrey Faber Memorial Award, the 1994 T.S. Eliot Prize, the 1997 Irish Times Poetry Prize, the 2003 Pulitzer Prize, the 2003 Griffin International Prize for Poetry, the 2004 American Ireland Fund Literary Award, the 2004 Shakespeare Prize, the 2006 European Prize for Poetry, the 2015 Pigott Poetry Prize, the 2017 Queens Gold Medal for Poetry, and the 2020 Michael Marks Award. He is a Fellow of the Royal Society for Literature and a Fellow of the American Academy of Arts and Letters.