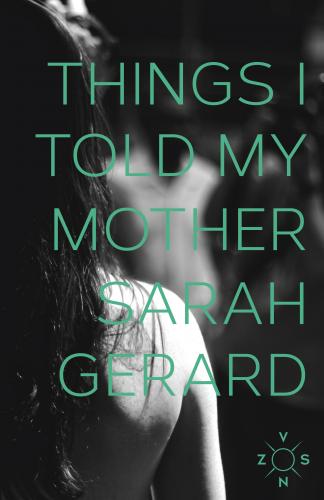 On August 25th, 2013, Sarah Gerard walked topless through New York City. Gerard's new chapbook, Things I Told My Mother (Von Zos) tells the story of that walk, combining reportage, philosophy, and biography, to examine how, consciously or not, we interact with a woman’s self-representation in all aspects of society. Starting with a small  group of women in Times Square, surrounded by hundreds of photographers, and ending alone and semi-naked in Central Park, this book is a manifesto of the action followed by a personal essay that interweaves contemporary thought about the female body under patriarchy from writers including Chris Kraus, Florence Williams, and Carol J. Adams. Photographs by the filmmaker David Formentin.

Von Zos is an independent publisher of art, books and ephemera based in New York City.Working with a wide range of artists and writers to produce unusual limited edition releases in varying formats and styles, Von Zos treats every release with the same amount of attention to detail, quality and design.