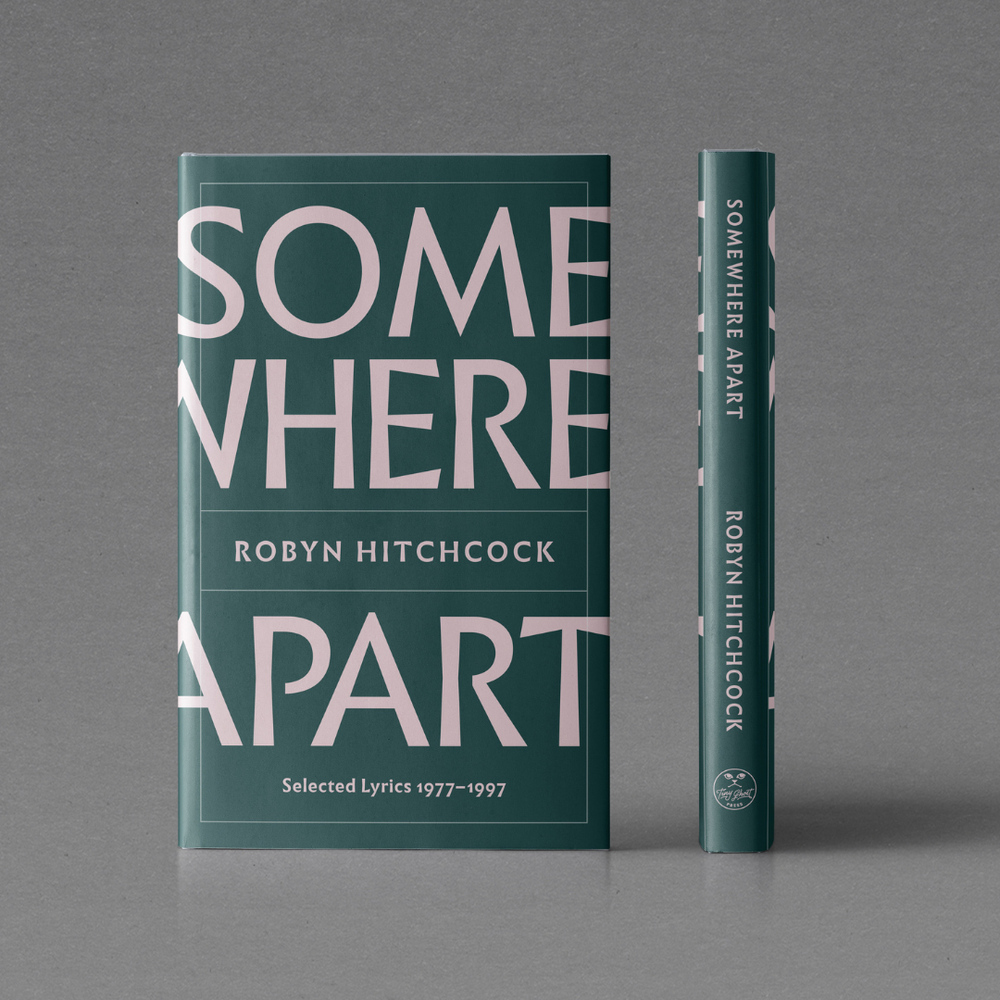 Join legendary musician Robyn Hitchcock and storied music journalist David Fricke for the launch of Robyn’s new book, Somewhere Apart. Selected and arranged by the author, and with an introduction by acclaimed novelist and music writer Bill Flanagan, Somewhere Apart presents the lyrics of Robyn Hitchcock for the first time in a beautiful cloth-bound Tiny Ghost edition.

The book features 73 songs and 34 illustrations.

Robyn Hitchcock is a rock and roll surrealist. Born in London in 1953, he is an acclaimed songwriter, guitarist and visual artist. He founded the art rock band The Soft Boys in 1976, and since then has released more than 30 albums. His songs have been covered by REM, The Grateful Dead, Gillian Welch and Neko Case among others. In 1996, he was the subject of Jonathan Demme’s in-concert movie “Storefront Hitchcock”. He lives in Nashville and London with his two cats, Ringo and Tubby.

David Fricke is a music journalist and the host of The Writer's Block on Sirius XM Radio. He was a senior editor and staff writer for Rolling Stone for more than three decades and has written  for Britain's MOJO since the magazine's inception. He is a Grammy-nominated writer of album liner notes and has been writing about Robyn Hitchcock and his music since the mid-Eighties.

We ask that all guests provide proof of vaccination upon arrival, and encourage everyone to wear masks regardless of vaccination status. Limited spaces.