Almost as soon as it was published in 1990, Ahmed Bouanani’s great novel, L’Hôpital, disappeared. Not until two decades later, in 2012, was it re-released in both Morocco and France to international acclaim. Bouanani (1938–2011) was a Moroccan writer, poet, filmmaker, and illustrator, and a leading figure of the Moroccan intelligentsia of his time. Bouanani was hesitant to publish much of his work during his lifetime, leaving behind dozens of unpublished manuscripts when he died. Many were lost or damaged in a devastating apartment fire, but now Bouanani’s works The Shutters and The Hospital are appearing for the first time in English at last. 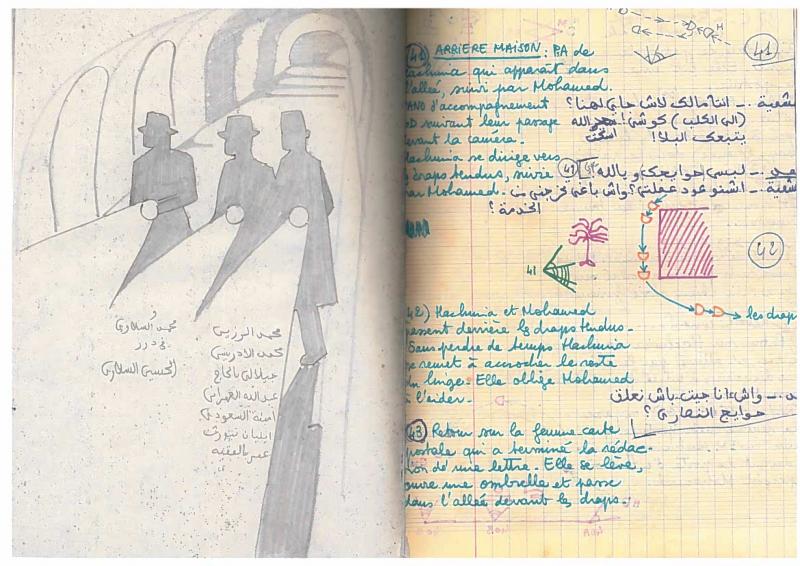 THE SHUTTERS
translated from the French by Emma Ramadan

In this collection of prose, prose poems, and verse, The Shutters reconstructs vivid scenes of Morocco and its history, weaving and winding through antiquity, myth, and a fictional present; through cemeteries, battlefields, and sordid streets; through heaven and hell, the sky and the earth, and the shutters of his ancestor’s home. Bouanani’s poetry contains a vast inventory of references to the Second World War, the Rif War, the Spanish and French protectorates, dead soldiers, prisoners, and poets screaming in their tombs with mouths full of dirt—all of it bearing the brutal imprint of colonization, written in an imposed language with a “strange alphabet.” But what is perhaps most palpable in his writing is the violence inflicted on Morocco by its own government during the time period now referred to as les années de plomb— the years of lead. Fighting against the destruction of Moroccan cultural memory, Bouanani claws back through this forgotten landscape, plunging into the void to bring forth a heritage that was suppressed but not annihilated. In his words, “These memories retrace the seasons of a country that was quickly forgetful of its past, indifferent to its present, constantly turning its back on its future.”

“When I walked through the large iron gate of the hospital, I must have still been alive…” So begins Ahmed Bouanani’s arresting, hallucinatory 1989 novel The Hospital. The unnamed narrator quickly becomes immersed in this strange microcosm populated with fellow dreamers and invalids, and as time passes—or seems to pass—it begins to feel increasingly like a prison or a nightmare: the living resemble the dead; bureaucratic angels of death descend to direct traffic, claiming the lives of a motley cast of inmates one by one; childhood memories and fantasies of resurrection flash in and out of the narrator’s consciousness. Somewhere along the way, the hospital's iron gate disappears.

Like Sadegh Hedayat’s The Blind Owl, the works of Franz Kafka—or perhaps like Mann’s The Magic Mountain put through a meat-grinder—The Hospital is a nosedive into fiercely alive, unreal realms, and an utterly singular modern classic.

Omar Berrada is a writer, translator, and curator, and the director of Dar al-Ma’mûn, a library and residency center for artists, scholars, and writers located on the outskirts of Marrakech.  He currently lives in New York, and teaches at The Cooper Union.

Emma Ramadan is a literary translator based in Providence, Rhode Island, and the co-owner of Riffraff Bookstore. She is the recipient of a PEN/Heim grant, an NEA Translation Fellowship, and a Fulbright for her work on Ahmed Bouanani.

Anna Della Subin writes about sleepwalkers, grave worship, imperial Ethiopian court etiquette, visions of the flood. Her book Accidental Gods is forthcoming from Metropolitan Books in the US and Granta in the UK.