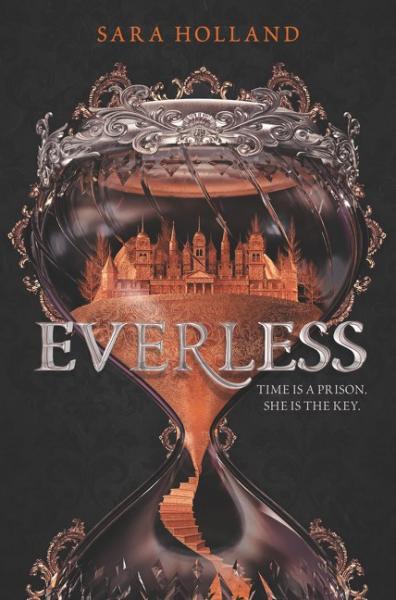 Note: Sara Holland's event, originally scheduled for 1/4, had to be rescheduled due to weather conditions. This event will now be held Tuesday 1/9/18 at 7pm.

If you are unable to attend this event and would like a signed book, click here to order yours.

In the kingdom of Sempera, time is extracted from the blood, converted into coins, and used as currency or consumed to add to one’s lifespan. The rich aristocracy amass eons in their vaults, while the poor are forced to cut their futures short in order to survive in the present. And few families are richer than the Gerlings, who lord over the peasants from Everless, their palatial estate.

A fateful accident once spurred Jules and her father to flee Everless in the dark of night. But ten years later, in order to save her dying father, Jules must secretly return. Everless holds more temptations—and dangers—than Jules thought possible. Soon, she’s caught in a tangle of violent secrets, and finds her heart torn between two people she thought she’d never see again. Her decisions have the power to change her fate—and the fate of time itself.

This dazzling debut novel, starring a fierce heroine and rife with high-stakes adventure, engrossing mysteries, star-crossed romance, and captivating magic all set in a richly built world, will leave you counting down the seconds until the next installment.

Sara Holland grew up between small-town Minnesota and the countless fictional worlds of books. She graduated from Wesleyan University and worked in a tea shop, a dentist’s office, and a state capitol building before heading to New York to work in publishing. Visit her online at www.sarahollandwrites.com.