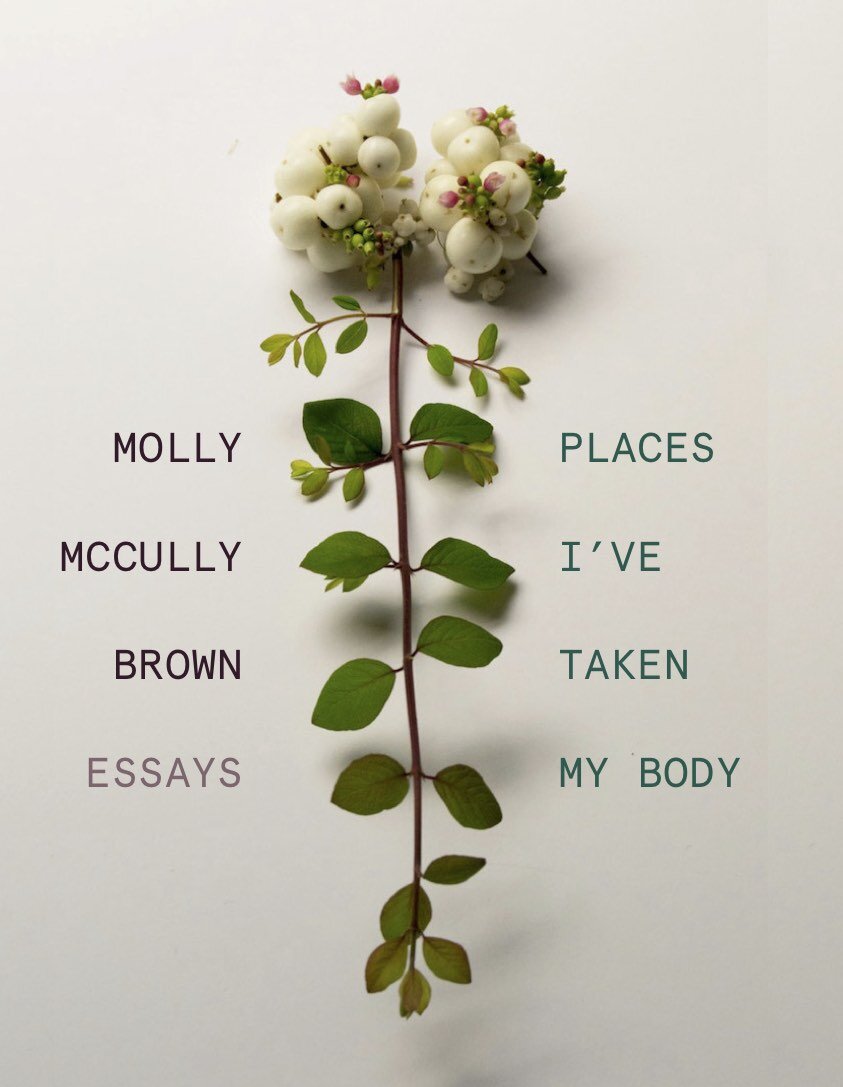 Indispensable essays on the body, mind, and spirit by Molly McCully Brown, author of the acclaimed poetry collection, The Virginia State Colony for Epileptics and Feebleminded, a book the New York Times described as “part history lesson, part séance, part ode to dread. It arrives as if clutching a spray of dead flowers. It is beautiful and devastating.”

In seventeen intimate essays, poet Molly McCully Brown explores living within and beyond the limits of a body―in her case, one shaped since birth by cerebral palsy, a permanent and often painful movement disorder.  In spite of―indeed, in response to―physical constraints, Brown leads a peripatetic life: the essays comprise a vivid travelogue set throughout the United States and Europe, ranging from the rural American South of her childhood to the cobblestoned streets of Bologna, Italy. Moving between these locales and others, Brown constellates the subjects that define her inside and out: a disabled and conspicuous body, a religious conversion, a missing twin, a life in poetry. As she does, she depicts vividly for us not only her own life but a striking array of sites and topics, among them Mary Shelley’s Frankenstein and the world’s oldest anatomical theater, the American Eugenics movement, and Jerry Falwell’s Liberty University. Throughout, Brown offers us the gift of her exquisite sentences, woven together in consideration, always, of what it means to be human―flawed, potent, feeling.

Molly McCully Brown is the author of the poetry collection The Virginia State Colony For Epileptics and Feebleminded (Persea Books, 2017), which won the 2016 Lexi Rudnitsky First Book Prize and was named a New York Times Critics’ Top Book of 2017, and the forthcoming essay collection Places I’ve Taken my Body. (Persea Books, 2020) With Susannah Nevison, she is also the coauthor of the poetry collection In The Field Between Us (forthcoming from Persea Books, 2020). Brown has been the recipient of the Amy Lowell Poetry Traveling Scholarship, a United States Artists Fellowship, a Civitella Ranieri Foundation Fellowship and the Jeff Baskin Writers Fellowship from the Oxford American magazine. Her poems and essays have appeared or are forthcoming in The Paris Review, Tin House, Crazyhorse, The New York Times, Pleiades, The Yale Review, Blackbird, and elsewhere.

Jamie Quatro's debut novel, Fire Sermon, published in 2018 with Grove Press (U.S.), Picador (U.K.), and House of Anansi (Canada). Selected as one of the Top Seven Novels of 2018 by The Economist, and named a Book of the Year by the San Francisco Chronicle, LitHub, Bloomberg, and the Times Literary Supplement, Fire Sermon is a Barnes & Noble Discover Great New Writers book, Indie Next pick, and New York Times Editors' Choice. The novel is published in translation in Spain, Italy, The Netherlands, and Poland. Quatro's debut collection, I Want To Show You More, was a New York Times Notable Book, an NPR Best Book of 2013, and was chosen as a favorite book of 2013 by James Wood in The New Yorker. The collection was a finalist for the Los Angeles Times Art Seidenbaum Award for First Fiction and the National Book Critics Circle John Leonard Prize. A contributing editor at Oxford American, Quatro’s work has appeared in Ploughshares, The Guardian, The New Yorker, The Paris Review, The New York Review of Books, and elsewhere. Her stories are anthologized in the O.Henry Prize Stories 2013, The Story and Its Writer, and the 2018 Pushcart Prize Anthology. The recipient of fellowships from Yaddo and MacDowell, she holds an MA in English from the College of William and Mary and an MFA in fiction from Bennington College. She lives with her family in Chattanooga, Tennessee.