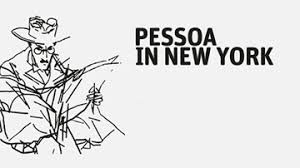 Kátia Bandeira de Mello-Gerlach, is a Brazilian fiction writer residing in New York City. Her first two books of short stories were published by Projeto Dulcinéia Catadora, an art collective, part of the Latin American cartonera movement. Disquiet International participant in June, 2016 with grant by the Luso American Foundation, FLAD.  2017 Fellow at the New York Foundation for the Arts Program. Kátia contributes to literary journals in Brazil and Portugal, including pnetliteratura.pt, Jornal Rascunho (www.rascunho.com.br ) and Revista Philos.  “Colisões Bestiais Particula(res)” (“Collisions in Particles, a Bestiary”) was published by Editora Oito e Meio in January 2015 and as “Colisiones Bestiales” in Spanish by Diaz Grey Editores @ McNally and Jackson, Soho, New York in March, 2016. Jogos (Ben)ditos e Folias (Mal)ditas (“Blessed Games, Cursed Follies”)  was released by Editora Oito e Meio in 2017.  In 2017, Bandeira participated in the organization of two anthologies “NosOtros” and “perdidas, histórias para crianças que não tem vez”, the latter in honor of children killed by stray bullets in Rio de Janeiro, Brazil.  Bandeira is one of the few surrealist writers in Brazilian contemporary literature and has just returned from a literary residence at Centro Nacional de Cultura in Lisbon, Portugal

Ondjaki was born in Luanda(Angola), in 1977. He writes prose, poetry, children's books, short stories, novels, drama and film scripts. He wrote the script of a documentary about his home town “Luanda”called“. Hope the pitanga cherries grow – tales of Luanda”(2006). Some of his books are translated into French, Spanish, Italian, German, English and Chinese. Ondjaki won the José Saramago Award in 2013 (Portugal), with his book “Os transparentes”; the FNLIJ Award in 2011 in the category of “Literature in Portuguese Language”, with his book “Uma escuridão bonita” (Pallas, Brasil); the Litterature- Monde Award in 2016 in the category of "Non French Literature", with his book “Os transparentes” (France). www.kazukuta.com

João Nemi  has a Ph.D. in Hispanic and Luso-Brazilian Literatures and Languages from the Graduate Center, CUNY. He teaches Portuguese language, and courses on Brazilian and Lusophone culture.
His research focuses on queer theory, queer pedagogy, Brazilian culture and visual media. He has published articles on foreign language textbooks, the representation of effeminacy in Brazilian telenovelas, and activist, writer and literary critic Herbert Daniel. He is also a member of the research group GELiDis – Linguagens e Discursos nos Meios de Comunicação hosted by USP – Universidade de São Paulo.  He has led workshops on LGBTQA+ inclusion at the Center for Teaching and Learning at Columbia University, at the Columbia Secondary School MSE, and in São Paulo, Brazil.
João is also a published poet, who writes and performs as João Maria Cícero. His latest book Corpo(s) (2016) was published by Gisotri Editores in São Paulo, and he collaborated with a collective of Latin American writes for The US without us (Sangria Editores 2015), published in New York and Santiago, Chile and “ Tente Entender o que tento dizer. Poesia: HIV/ AIDS” organized by the poet Ramon Nunes Melo. His performances have happened in New York (2016) and São Paulo (2015, 2016 and 2017). He mantains his work open to all at www.joaomariacicero.com

Renato Diz (Portugal) moved to NewYork City in 2011 to pursue a double Master Degree in Jazz and Classical performance at New York University, from which he graduated Summa Cum Laude. His main instructors are internationally - acclaimed jazz artists Ralph Alessi, Jean - Michel Pilc, Tony Moreno, Bruce Arnold and Andy Milne, and Marilyn Nonken in classical and post - modern repertoire. During this time he was awarded a NYU Scholarship for Outstanding Performance, Ella Fitzgerald Scholar ship and Leake & Watts Citizenship Award. Renato finds inspiration in many art forms and has composed, performed and recorded post - modern, experimental, new jazz, pop, heavy metal, and world music. In 2015 his project “I will play your soul” was selected to be featured at “IDEAS Festival” at the New Museum. Renato dedicates his life to creating music that transcends musical style to touch audiences with a sound that is puré and universal in message and meaning. As a performer Renato Diz has played at some of the most prestigious stages in the United States, South America and Europe both solo and as part of diverse artistic projects. www.renatodiz.com

The Arte Institute, founded in 2011, is an independent, not-for-profit organization based in New York. The Arte Institute facilitates the production and showcasing of international contemporary artists and art projects, with a focus on Portuguese contemporary art and culture. The institute has organized events on all continents, in major cities around the globe, and in areas such as cinema, arts, music, literature, theater and performance. To learn more about Arte Institute, visit www.arteinstitute.org.