A conversation with Mirene Arsanios, Constance DeJong, and Annie-B Parson 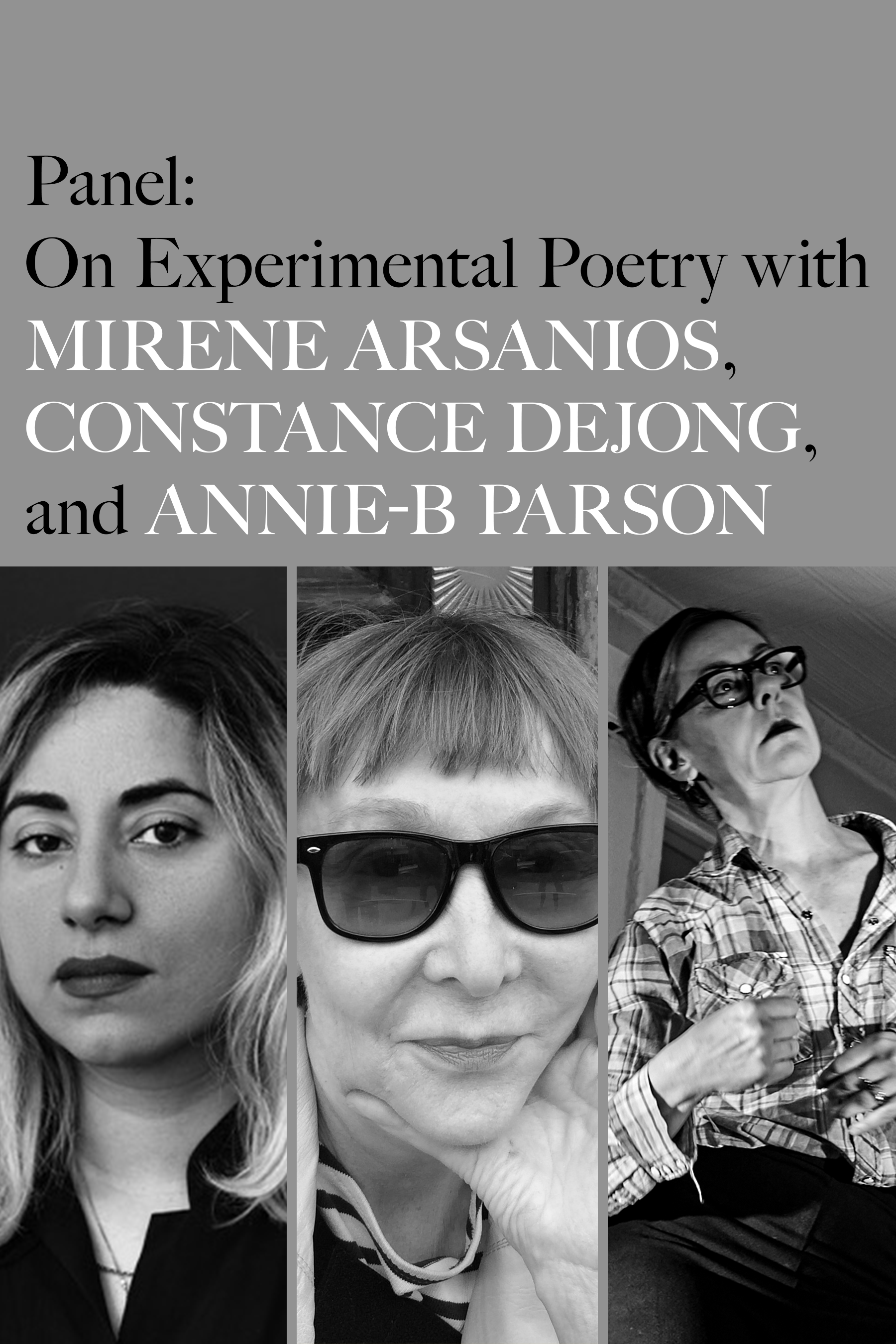 Please join Primary Information and McNally Jackson Books on January 19 for a reading and discussion with Mirene Arsanios, Constance DeJong, and Annie-B Parson. Drawing from their interdisciplinary and experimental approaches to performance, choreography, language, translation, and fiction, Arsanios, DeJong, and Parson will read from selected work, opening onto a discussion moderated by Rachel Valinsky.

In July 2022, Primary Information released Constance DeJong’s Reader, the first anthology to gather a diverse body of writing. Spanning from the 1980s to the present, Reader features eighteen works by DeJong, including out-of-print and previously unpublished fiction, as well as texts emanating from her new media sculptures, sound works, video works, and public art commissions.

Joining DeJong for this event are Mirene Arsanios, author of The Autobiography of a Language: Essays and Stories, published by Futurepoem in Fall 2022, an autofictional and essayistic meditation on language, translation, mother tongues, and the intersecting forces of colonialism, class, and gender. Annie B-Parson’s The Choreography of Everyday Life, released by Verso in October 2022, translates the components of dance—time, proximity, space, motion, and tone—into texts, and considers how everyday movement creates the wider world. 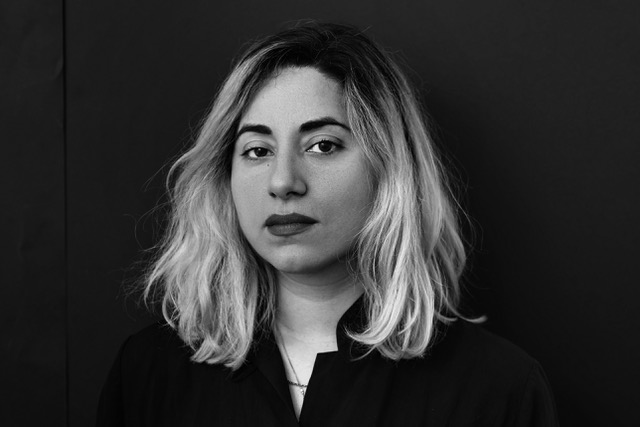 Mirene Arsanios is the author of the short story collection, The City Outside the Sentence (Ashkal Alwan, 2015), Notes on Mother Tongues (UDP, 2019), and more recently, The Autobiography of a Language (Futurepoem, 2022). She has contributed essays and short stories to e-flux journal, Vida, The Brooklyn Rail, LitHub, and Guernica, among others. Her writing was featured collaboratively at the Sharjah Biennial (2017) and Venice Biennial (2017), as well as in various artist books and projects. Arsanios co-founded the collective 98weeks Research Project in Beirut and is the founding editor of Makhzin, a bilingual English/Arabic magazine for innovative writing. She teaches at Pratt Institute and holds an MFA in Writing from the Milton Avery Graduate School for the Arts at Bard College. Arsanios currently lives in New York where she was a 2016 LMCC Workspace fellow, and an ART OMI resident in fall 2017. With Rachel Valinsky, she coordinated the Friday nights reading series at the Poetry Project rom 2017-19. She lives and works in Brooklyn. 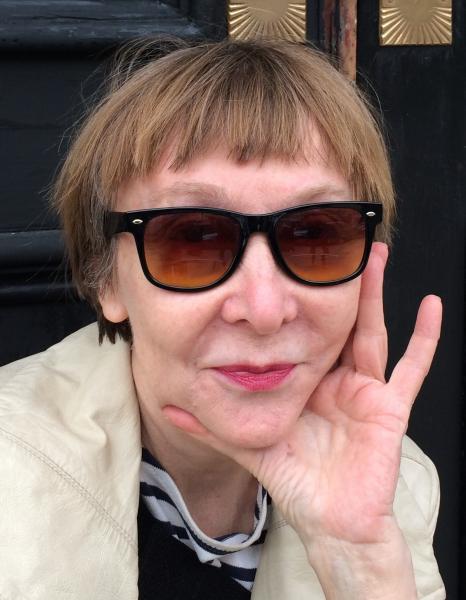 Constance DeJong is a New York-based artist who has exhibited and performed internationally. Her work has been presented at the Renaissance Society, Chicago; the Walker Art Center, Minneapolis; the Wexner Center for the Arts, Columbus; the Philadelphia Museum of Art; and in New York at the Dia Art Foundation; The Kitchen, Thread Waxing Space, and the Whitney Museum of American Art. In 1983 she composed the libretto for Satyagraha, the Philip Glass opera, which has been staged at opera houses worldwide, including the Metropolitan Opera, New York; the Netherlands National Opera, Rotterdam; and the Brooklyn Academy of Music, New York. She has permanent audio-text installations in Beacon, New York; London; and Seattle. DeJong has published several books of fiction, including her celebrated Modern Love (Standard Editions, 1977; Primary Information/Ugly Duckling Presse, 2017), I.T.I.L.O.E. (Top Stories, 1983), and SpeakChamber (Bureau, 2013), and her work is included in the anthologies Up is Up, But So is Down: New York’s Downtown Literary Science, 1974-1991 (NYU Press, 2006); Blasted Allegories (New Museum/MIT, 1987), and Wild History (Tanam Press, 1985). 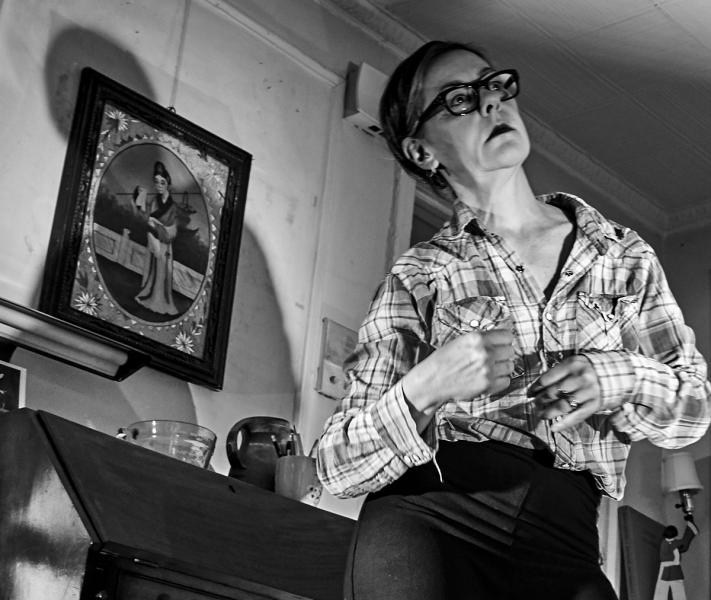 Annie-B Parson is a choreographer and the artistic director of Big Dance Theater, which she co-founded in 1991 with Molly Hickok and Paul Lazar. With Big Dance, she has created over 20 large-scale works for such venues as BAM, Japan Society, and The Kitchen in New York; The Old Vic and Sadler’s Wells Theatres in London, The Walker Art Center in Minneapolis; and The National Theater in Paris. Outside of her company, Parson has made choreography for a variety of contexts, worked with several other artists, including David Byrne, David Bowie, St. Vincent, Mikhail Baryshnikov, Wendy Whelan, Laurie Anderson, Salt n Pepa, Suzan-Lori Parks, Jonathan Demme, and has two works in the repertory of the Martha Graham Dance Company. Her most recent works are two operas: The Hours at the Met, and Candide at the Lyon Opera. Her work with David Byrne has spanned over 15 years and includes dance making for his tours with Brian Eno and St. Vincent. Their most recent work, American Utopia, was on Broadway in Fall 2019/21 and made into a movie directed by Spike Lee. Parson has also published many articles on dance, and two books on choreography—most recently, The Choreography of Everyday Life (Verso). She teaches and lectures on the body in space, dance-making, and abstraction. Among other awards, Parson has received a Chita Rivera Award for Lifetime Achievement, Guggenheim Fellowship, Jacob’s Pillow Dance Award, USA Artist Award, Doris Duke Award, and an Olivier Award nomination.