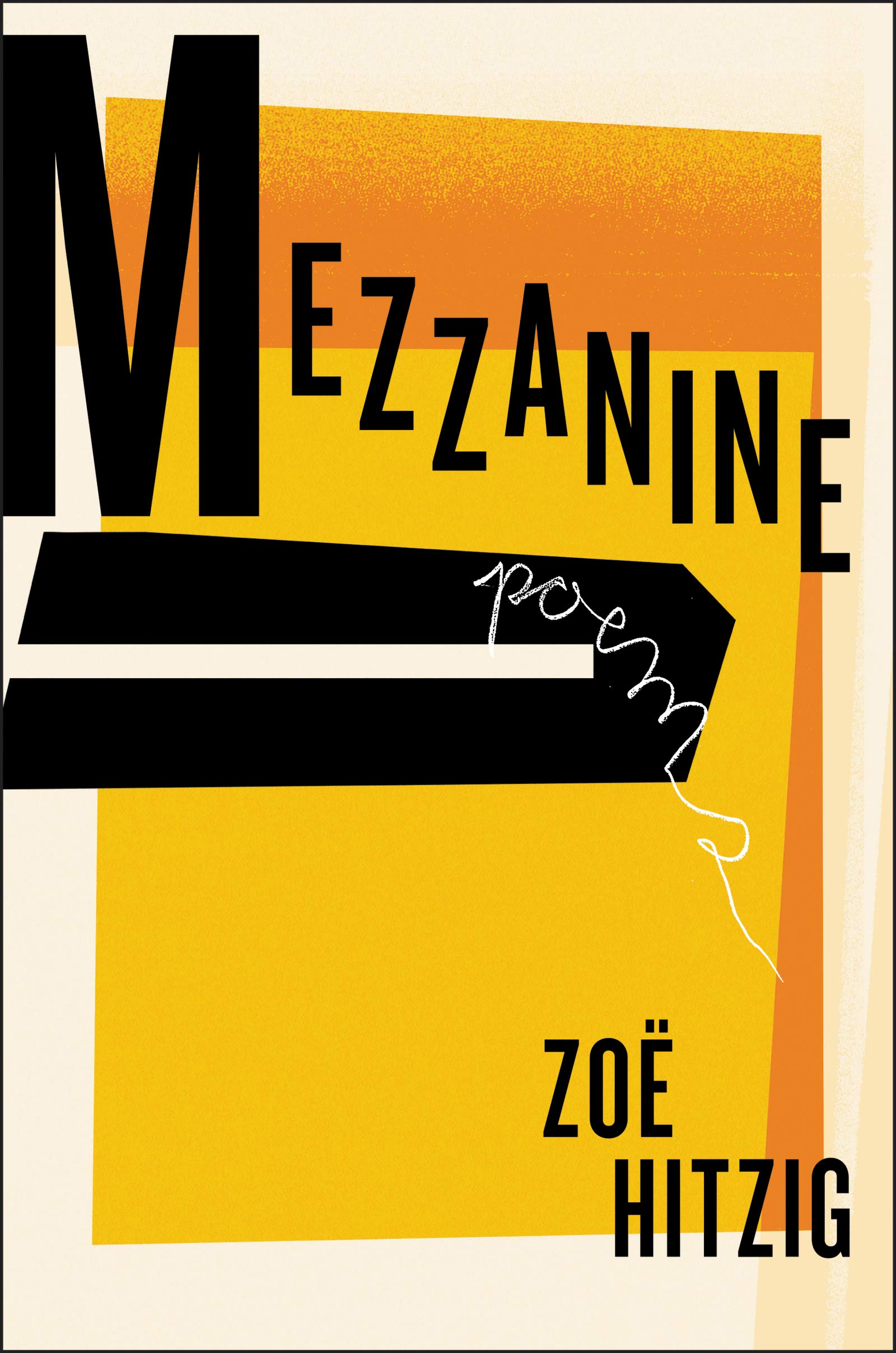 In her striking collection of poems, Zoë Hitzig investigates how we seek certitude, power, and domination over the natural world and one another. Hitzig brings a scientific rigor to her searing lyricism, as well as a raucous energy and willingness to allow her work to dwell in states of uncertainty and precariousness. The result is an original voice that is incisive and unsparing, but also passionate and tender. Her poems probe the authority of language and logic, questioning the sovereignty of the technological, economic, legal, and political systems that mediate our lives.

Urgent in its creation of a new way of looking at our social and natural worlds, Mezzanine is an insightful and visceral debut collection from a poet whose work is poised to leave a lasting mark.

"Do we sound like robots or do robots sound like us? In poems of conscience, intelligence, and wit, Zoë Hitzig presents arguments in support of both possibilities. Mostly, throughout Mezzanine's many ingenious premises and modes of address, what I hear is an ageless stark wisdom calling us to decide who and what we are, and what we are willing to heed."
— Tracy K. Smith

"In Mezzanine, we confront a world of diminishing returns--yet with powerful poetic yield."
— Carol Muske-Dukes

"Zoë Hitzig's exquisitely engineered Mezzanine lands the reader in a nether place of talking commodities, misplaced agency, category mistakes, and radical dysphoria. Into such dire circumstances Hitzig dives headfirst, feverish, an investigator who grapples with reality by recreating it from the inside out. In other words, she is a poet, and an extraordinary one at that...Here and there, and just in time, Mezzanine reminds us what there is to love in the human, and what it feels like to to feel it's still too soon to give up."
— Timothy Donnelly, author of The Problem of Many

"[An] astonishing literary debut...This poet indicts all of us for historical crimes against the first person. at the edge of extinction, she carries on her inquest into identity, however fugitive its traces may be."
— Srikanth Reddy, author of Voyager

Rowan Ricardo Phillips is a multi-award-winning poet, author, screenwriter, academic, translator, and journalist.  His writing appears in the New York Times, the New Yorker, The Paris Review, and other national and international publications.

Ange Mlinko is the author of five books of poetry: Distant Mandate (2017); Marvelous Things Overheard (2013), which was selected by both the New Yorker and the Boston Globe as a best book of 2013; Shoulder Season (2010), a finalist for the William Carlos Williams Award; Starred Wire (2005), which was a National Poetry Series winner in 2004 and a finalist for the James Laughlin Award; and Matinees (1999). She was a Guggenheim Fellow in 2014-15. She was poetry editor for The Nation from 2013-16 and her criticism appears regularly in the London Review of Books and New York Review of Books.