“A new kind of president demands a new kind of citizen,” says the introduction to "Trump: A Resister's Guide," from the February 2017 issue of Harper's Magazine. We will be joined by contributors to the magazine in a discussion of the role of letters and ideas in this political era. Masha Gessen is the author, most recently, of The Future Is History, which will be published in the fall. Her article “Family Values: Mapping the Spread of Antigay Ideology” appears in the March 2017 issue of Harper's. Kate Crawford is a principal researcher at Microsoft Research, a visiting professor at MIT, and a senior research fellow at NYU. Corey Robin, a professor at Brooklyn College, is the author of Fear and The Reactionary Mind. Sarah Schulman is the author of eighteen books, most recently Conflict Is Not Abuse. Lawrence Jackson is a professor of African American Studies and English at Emory University, and the author of the first biography of Ralph Ellison. The April issue of Harper's will be available on this date. 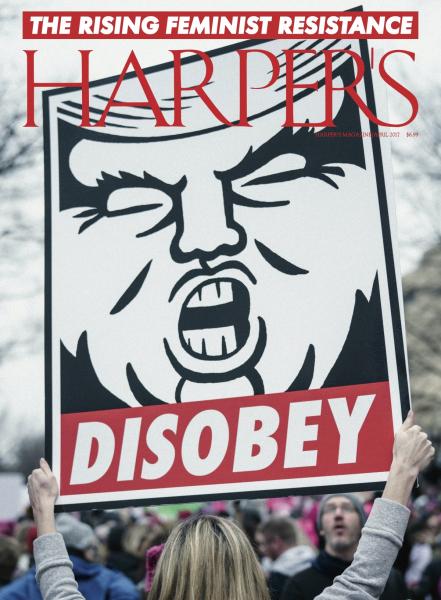