We are delighted to be hosting six of the talented authors featured in A Thousand Beginnings and Endings, an anthology of Asian myth and legend retellings. This event will be held at our Manhattan location (52 Prince St).

Sona Charaipotra is a NYC-based journalist and cofounder of CAKE Literary, a boutique packaging company with a decidedly diverse bent.

Preeti Chhibber works as a book-slinger and usually spends her time reading a ridiculous amount of Young Adult (for work, she swears!), binge-watching TV, and playing far too much Zelda.

Melissa de la Cruz is the #1 New York Times-, #1 Publishers Weekly-, and #1 Indie Bound-bestselling author of many critically acclaimed and award-winning novels for readers of all ages, including the Descendants novels, the Blue Bloods series, and the Witches of East End novels.

E.C. Myers is the author of the Andre Norton Award-winning Fair Coin and Quantum Coin, young adult science fiction novels published by Pyr, and the acclaimed young adult thriller The Silence of Six from Adaptive Books.

Ellen Oh is adjunct college instructor and former entertainment lawyer who one day picked up a Genghis Khan biography and was never quite the same again. It was the start of an obsessive fascination with ancient Asian history that led to years of researching which culminated in writing PROPHECY, her first series. 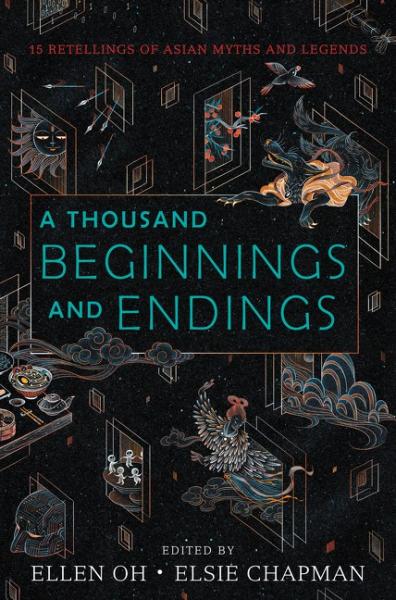 Fifteen talented authors—including New York Times bestsellers Melissa de la Cruz, Renée Ahdieh, and Julie Kagawa—reimagine the folklore and mythology of East and South Asia in short stories that are by turns enchanting, heartbreaking, romantic, and passionate. Compiled by Ellen Oh and Elsie Chapman, this exquisite collection is for fans of Neil Gaiman’s Unnatural Creatures and Ameriie’s New York Times–bestselling Because You Love to Hate Me.
A mountain loses her heart. Two sisters transform into birds to escape captivity. A young man learns the true meaning of sacrifice. A young woman takes up her mother’s mantle and leads the dead to their final resting place.

Bestselling and award-winning authors explore the timeless themes of East Asian and South Asian myths in fifteen original stories that will appeal to every reader. From fantasy to science fiction to contemporary, from romance to tales of revenge, these stories will beguile readers from start to finish. Edited by We Need Diverse Books founder Ellen Oh and Elsie Chapman, this anthology contains stories from fifteen East Asian and South Asian authors, including New York Times bestsellers Melissa de la Cruz, Julie Kagawa, Renée Ahdieh, and Roshani Chokshi. For fans of April Tucholke’s Slasher Girls & Monster Boys and Holly Black’s Zombies vs. Unicorns.