This event will be held at our Nolita location (52 Prince St NYC). Marie will be joined in conversation by author Melissa Albert. 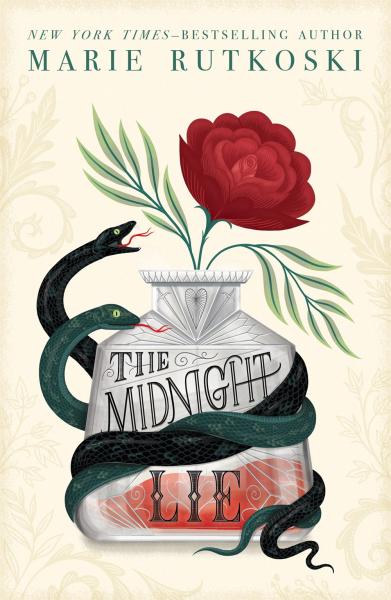 Where Nirrim lives, crime abounds, a harsh tribunal rules, and society’s pleasures are reserved for the High Kith. Life in the Ward is grim and punishing. People of her low status are forbidden from sampling sweets or wearing colors. You either follow the rules, or pay a tithe and suffer the consequences.

Nirrim keeps her head down, and a dangerous secret close to her chest.

But then she encounters Sid, a rakish traveler from far away, who whispers rumors that the High Kith possesses magic. Sid tempts Nirrim to seek that magic for herself. But to do that, Nirrim must surrender her old life. She must place her trust in this sly stranger who asks, above all, not to be trusted.

Set in the world of the New York Times–bestselling Winner’s Trilogy, beloved author Marie Rutkoski returns with an epic LGBTQ romantic fantasy about learning to free ourselves from the lies others tell us—and the lies we tell ourselves.

Marie Rutkoski is the author of The Shadow Society, the Kronos Chronicles, and the New York Times-bestselling Winner's Trilogy, which has garnered starred reviews from Kirkus, Publishers Weekly, and BCCB, and included in lists for Best Books of the Year by Amazon.com, YALSA, and Kirkus, among others. She is a professor at Brooklyn College and lives in New York City. marierutkoski.com.

Melissa Albert is the founding editor of the Barnes & Noble Teen Blog and the managing editor of BN.com. She has written for McSweeney’s, Time Out Chicago, MTV, and more. Melissa is from Illinois and lives in Brooklyn.