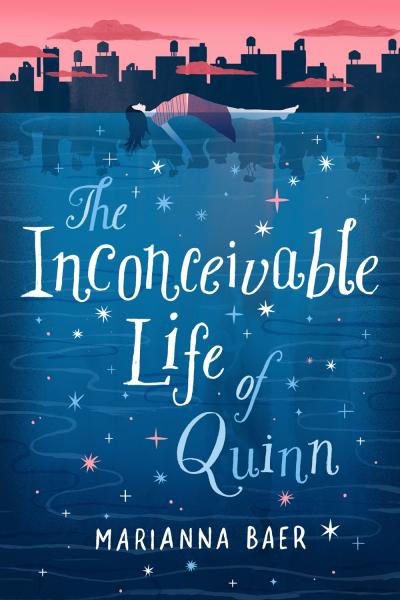 Quinn Cutler is sixteen and the daughter of a high-profile Brooklyn politician. She’s also pregnant, a crisis made infinitely more shocking by the fact that she has no memory of ever having sex. Before Quinn can solve this deeply troubling mystery, her story becomes public. Rumors spread, jeopardizing her reputation, her relationship with a boyfriend she adores, and her father’s campaign for Congress. Religious fanatics gather at the Cutlers’ home, believing Quinn is a virgin, pregnant with the next messiah. Quinn’s desperate search for answers uncovers lies and family secrets—strange, possibly supernatural ones. Might she, in fact, be a virgin?

"In a suspenseful and thought-provoking novel, Baer (Frost) tackles the illusiveness of memory (especially in regard to trauma), media firestorms, fear of the unknown, and the complexities of faith, without ever turning didactic or allowing Quinn’s story to fall into melodrama... It’s a delicate, complicated, and engrossing exploration of the collision between real life and the inexplicable."
-Publishers Weekly (starred review)

Marianna Baer has an MFA from Vermont College of Fine Arts and is the author of the young adult novel Frost. According to Kirkus Reviews, “Baer has a knack for dialogue and creating creepy situations that will intrigue teens.” She lives in Brooklyn and works as a freelance editor.

Maggie Lehrman (moderator)  is a writer and editor living in Brooklyn, NY.  During her decade of working as an editor of books for children, she also earned an MFA in Writing for Children and Young Adults from Vermont College of Fine Arts.