This event will be held at our Manhattan location (52 Prince St). Kara will be joined in conversation by author Karen McManus. 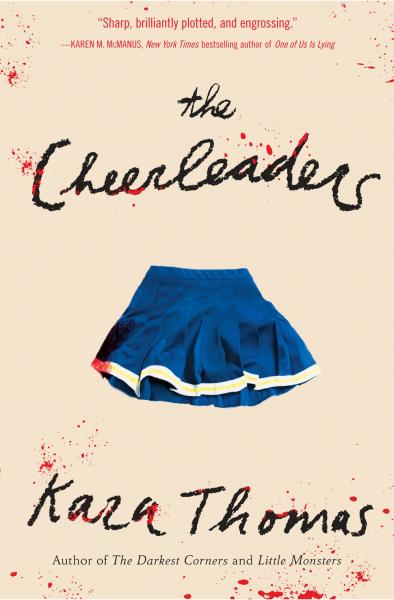 From the author of The Darkest Corners and Little Monsters comes an all-new edge-of-your-seat thriller set in upstate New York about an eerie sequence of seemingly unrelated events that leaves five cheerleaders dead.

There are no more cheerleaders in the town of Sunnybrook.

First there was the car accident—two girls dead after hitting a tree on a rainy night. Not long after, the murders happened. Those two girls were killed by the man next door. The police shot him, so no one will ever know his reasons. Monica’s sister was the last cheerleader to die. After her suicide, Sunnybrook High disbanded the cheer squad. No one wanted to be reminded of the girls they’d lost.

That was five years ago. Now the faculty and students at Sunnybrook High want to remember the lost cheerleaders. But for Monica, it’s not that easy. She just wants to forget.

Only, Monica’s world is starting to unravel. There are the letters in her stepdad’s desk, an unearthed, years-old cell phone, a strange new friend at school…. Whatever happened five years ago isn’t over. Some people in town know more than they’re saying. And somehow, Monica is at the center of it all.

There are no more cheerleaders in Sunnybrook, but that doesn’t mean anyone else is safe.

Kara Thomas has written for everything from her high school newspaper to Warner Bros. Television. She is a true-crime addict who lives on Long Island with her husband and rescue cat. She is the author of The Darkest Corners, Little Monsters, and The Cheerleaders. To learn more about Kara and her books, visit her at kara-thomas.com or follow @karatwrites on Twitter and @kara_thomas on Instagram.

Karen M. McManus earned her BA in English from the College of the Holy Cross and her MA in journalism from Northeastern University. When she isn’t working or writing in Cambridge, Massachusetts, McManus loves to travel with her son. The New York Times bestseller One of Us Is Lying is her debut novel. To learn more about her, go to her website, karenmcmanus.com, or follow @writerkmc on Twitter.