This event will be held at our Booklyn location (76 N. 4th St). Derek will be joined in conversation by author Lindsay Champion. 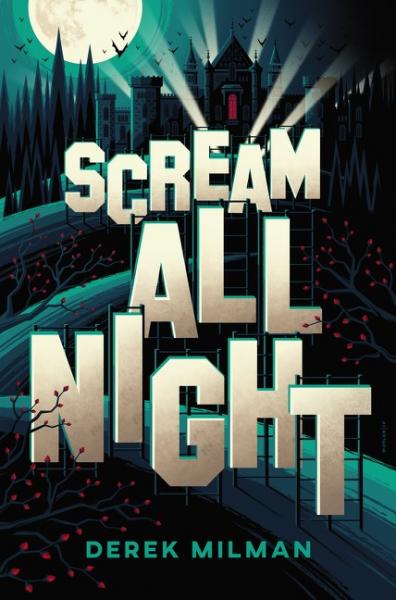 DARIO HEYWARD KNOWS ONE THING: He’s never going back to Moldavia Studios, the iconic castle that served as the set, studio, and home to the cast and crew of dozens of cult classic B-horror movies. It’s been three years since Dario’s even seen the place, after getting legally emancipated from his father, the infamous director of Moldavia’s creature features.

But then Dario’s brother invites him home to a mysterious ceremony involving his father and a tribute to his first film—The Curse of the Mummy’s Tongue. Dario swears his homecoming will be a one-time visit. A way for him to get closure on his past—and reunite with Hayley, his first love and costar of Zombie Children of the Harvest Sun, a production fraught with real-life tragedy—and say good-bye for good. But the unthinkable happens—Dario gets sucked back into the twisted world of Moldavia and the horrors, both real and imagined, he’s left there.

With only months to rescue the sinking studio and everyone who has built their lives there, Dario must confront the demons of his past—and the uncertainties of his future. But can he escape the place that’s haunted him his whole life?

Derek Milman has worked as a playwright, screenwriter, film school teacher, DJ, and underground humor magazine publisher. A classically trained actor, he has performed on stages across the country and appeared in numerous TV shows, commercials, and films. Derek currently resides in Brooklyn, NY, where he writes fiction full-time, plays video games really badly, and buys lime-green hoodies made of locally sourced hemp. Scream All Night is his first novel. You can find Derek online at www.derekmilman.com.

Lindsay Champion is a YA author living in the best place on earth, New York City. She is a graduate of NYU's Tisch School of the Arts, where she spent most of her time doing high kicks and eating falafel. After a stint as a closed caption writer, she served as the Features Editor at Broadway.com, where she managed to interview her celebrity crushes Paul Rudd, Hugh Jackman and Jake Gyllenhaal without fainting or peeing her pants. She is the Food and Wellness Director for the digital media company PureWow, mostly for the snacks. Someday, Somewhere is her first novel.