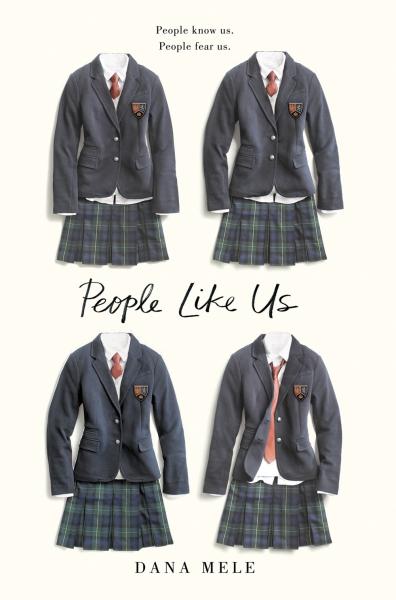 A sharp psychological thriller that’s just right for fans of Thirteen Reasons Why and Pretty Little Liars—this story will seduce, mislead, and finally, betray you.

Kay Donovan may have skeletons in her closet, but the past is past, and she’s reinvented herself entirely. Now she’s a star soccer player whose group of gorgeous friends run their private school with effortless popularity and acerbic wit. But when a girl’s body is found in the lake, Kay’s carefully constructed life begins to topple. The dead girl has left Kay a computer-coded scavenger hunt, which, as it unravels, begins to implicate suspect after suspect, until Kay herself is in the crosshairs of a murder investigation. But if Kay’s finally backed into a corner, she’ll do what it takes to survive. Because at Bates Academy, the truth is something you make…not something that happened.

Dana Mele is a Pushcart-nominated writer and a work at home mother. A graduate of Wellesley College, she is a former actor, lawyer, musician, and briefly, associate producer. She prefers tea to coffee, snow to sand, and stars to sunshine, and she lives in the Catskills with her husband and toddler. This is her first novel.