In this first book in an epic YA fantasy duology, New York Times bestselling author Amy Ewing brilliantly conceives a magical, idyllic world with a dark and mysterious underbelly. 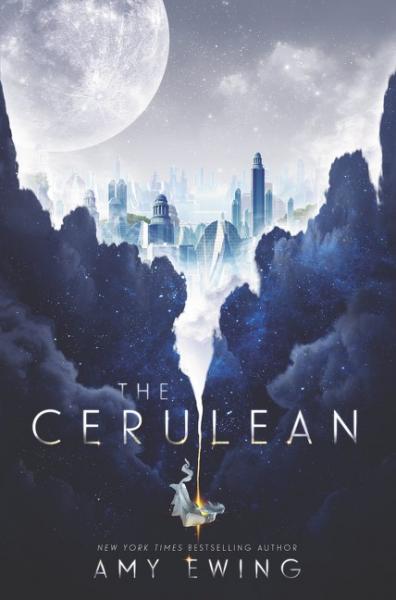 Sera has always felt as if she didn’t belong among her people, the Cerulean. She is curious about everything and can’t stop questioning her three mothers, her best friend, Leela, and even the High Priestess. Sera has longed for the day when the tether that connects her City Above the Sky to the earthly world below finally severs and sends the Cerulean to a new planet.

But when Sera is chosen as the sacrifice to break the tether, she doesn’t know what to feel. To save her City, Sera must throw herself from its edge and end her own life. But something goes wrong and she survives the fall, landing in a place called Kaolin. She has heard tales about the humans there, and soon learns that the dangers her mothers warned her of are real. If Sera has any hope to return to her City, she’ll have to find the magic within herself to survive.

New York Times bestselling author of the Jewel trilogy, Amy Ewing earned her MFA in Writing for Children at the New School and received her BFA at New York University. She lives in New York City. Visit Amy online at www.amyewingbooks.com or on Twitter @AmyEwingBooks.