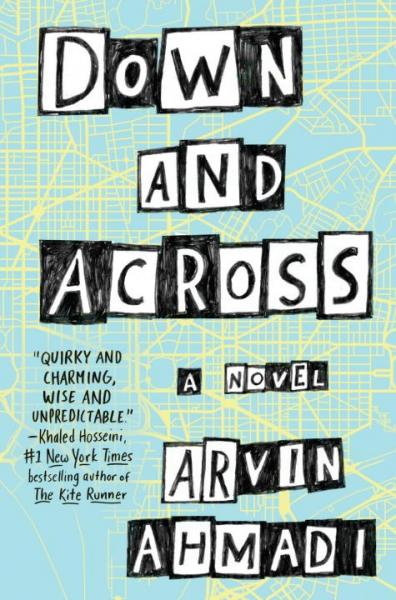 Arvin Ahmadi will be joined in conversation by author Adam Silvera for this event.

Scott Ferdowsi has a track record of quitting. Writing the Great American Novel? Three chapters. His summer internship? One week. His best friends know exactly what they want to do with the rest of their lives, but Scott can’t commit to a breakfast cereal, let alone a passion. With college applications looming, Scott’s parents pressure him to get serious about a career path like engineering or medicine. Desperate for help, he sneaks off to Washington, DC, to seek guidance from a famous professor who specializes in grit, the psychology of success.

He never expects an adventure to unfold out of what was supposed to be a one-day visit. But that’s what Scott gets when he meets Fiora Buchanan, a ballsy college student whose life ambition is to write crossword puzzles. When the bicycle she lends him gets Scott into a high-speed chase, he knows he’s in for the ride of his life. Soon, Scott finds himself sneaking into bars, attempting to pick up girls at the National Zoo, and even giving the crossword thing a try—all while opening his eyes to fundamental truths about who he is and who he wants to be.

Arvin Ahmadi was born and raised in Northern Virginia. He graduated from Columbia University and lives in Brooklyn. Down and Across is his first novel.

Adam Silvera is the New York Times bestselling author of More Happy Than Not and History Is All You Left Me, and he was named a Publishers Weekly Flying Start. Adam was born and raised in the Bronx. He was a bookseller before shifting to children’s publishing and has worked at a literary development company, a creative writing website for teens, and as a book reviewer of children’s and young adult novels. He is tall for no reason and lives in Brooklyn, NY. Visit him online at www.adamsilvera.com.