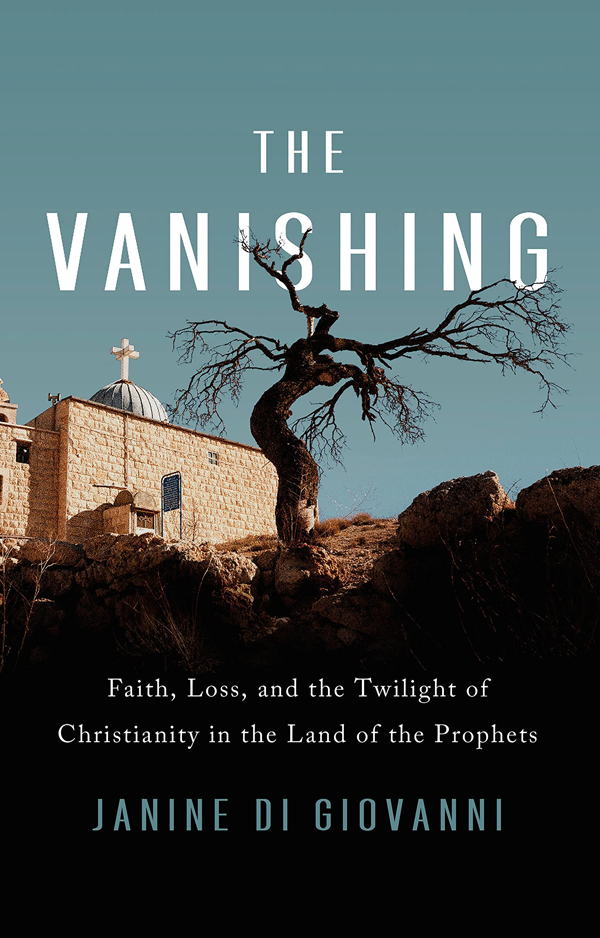 Join us for a conversation in celebration of Janine di Giovanni’s new book, The Vanishing.

War reporter Janine di Giovanni has spent an award-winning journalistic career in the Middle East. It is second nature for her to find her way out of a minefield, seek shelter during a bombing raid, and perform the means to get through just about any checkpoint: Don’t make eye contact. Have your papers ready. Be polite, but firm. Never get out of your car, especially if child soldiers wielding rocket-propelled grenades (RPGs) are aiming them at your heart. It’s a way of living many could not imagine or live through without a constant feeling of fear. But for Di Giovanni, it was her faith that provided her a sense of belonging and a grasp on the spirit of resiliency.

Regardless of being a frequent visitor to war zones, she notes: “I could always find a church somewhere. Inside the church, there would be someone else kneeling in the gloomy light, trying to communicate with something higher. For me (though certainly not for my mother), it did not matter if the church was Catholic or Protestant, if it was a cathedral in Sarajevo or in a field in Rwanda. When I entered the space, I would feel at peace and no longer lonely.” Simply put, faith has held her together.

But as her work took her to and through places of war and conflict, she came to realize a striking reality: the very regions that had first nurtured and characterized her faith of Christianity—along the North African coast, on the Euphrates, and across the Middle East and Arabia—will likely be one of the first places it goes extinct. In her book, The Vanishing: Faith, Loss, and the Twilight of Christianity in the Land of the Prophets, Di Giovanni reveals the plight and possible extinction of Christian communities across Syria, Egypt, Iraq, Lebanon, and Palestine after 2,000 years in their historical homeland.

Using her astonishing journalistic skill Di Giovanni makes clear that we are past the tipping point. Christians have fled the lands where their prophets wandered, where Jesus Christ preached, where the great Doctors and hierarchs of the early church established the doctrinal norms that would last millennia. From Syria to Egypt, the cities of northern Iraq to the Gaza Strip, ancient communities, the birthplaces of prophets and saints, are losing any living connection to the religion that once was such a characteristic feature of their social and cultural lives. The biggest threat is sectarian persecution, but economic collapse is hardly less a factor—and to the West, this means a new wave of immigrants and a refugee crisis. Still, The Vanishing is far from a dismal swan song—as found in her faith, Di Giovanni makes sure resiliency is evident. Within these pages, Di Giovanni discovers the last traces of small, hardy communities that have become wisely fearful of outsiders and where ancient rituals are quietly preserved amid 360-degree threats. She shares riveting personal stories and her conception of faith and hope that are intertwined with topics of family, career, politics, and a view of a global community. Ultimately, this book is a unique act of pre-archeology: the last chance to visit the living religion before all that will be left are the stones of the past.

We ask that all guests show proof of vaccination, and encourage everyone to wear a mask. 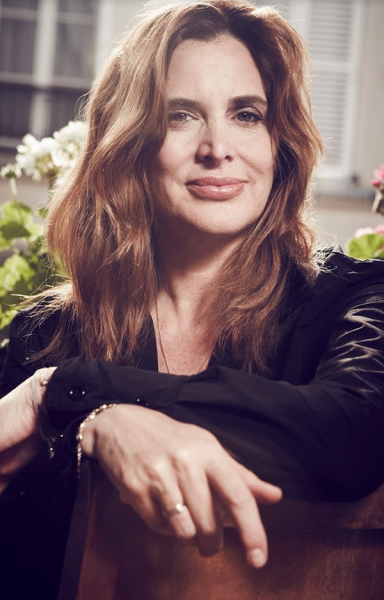 JANINE DI GIOVANNI is the winner of a 2019 Guggenheim Fellowship and in 2020 was awarded the Blake Dodd Prize from the American Academy of Arts and Letters for her lifetime achievement in non-fiction; it has previously been awarded to Alexander Stille and Elizabeth Kolbert. She has won a dozen other international awards. She is a Senior Fellow at Yale University, the Jackson Institute for Global Affairs, and the former Edward R. Murrow Fellow at the Council on Foreign Affairs in New York. Her accolades are well deserved; she has written and reported from the Balkans, Africa, and the Middle East, where she witnessed the siege of Sarajevo, the fall of Grozny, and the destruction of Srebrenica and Rwanda in 1994, as well as more than a dozen active conflicts. She lives in Paris, France. 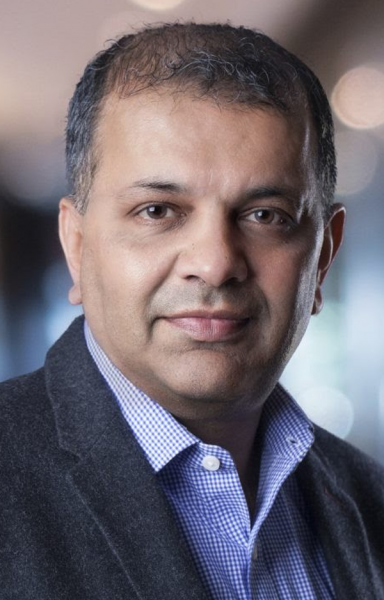 SUKETU MEHTA is the New York-based author of Maximum City: Bombay Lost and Found, which won the Kiriyama Prize and the Hutch Crossword Award, and was a finalist for the 2005 Pulitzer Prize, the Lettre Ulysses Prize, the BBC4 Samuel Johnson Prize, and the Guardian First Book Award. He has won the Whiting Writers’ Award, the O. Henry Prize, and a New York Foundation for the Arts Fellowship for his fiction. Mehta’s work has
been published in The New Yorker, The New York Times Magazine, National Geographic, Granta, Harper’s Magazine, Time,
and Newsweek, and has been featured on NPR’s ‘Fresh Air’ and ‘All Things Considered.’

Mehta is an Associate Professor of Journalism at New York University. His book about global migration, This Land is Our Land, will be published by Farrar Straus & Giroux in June 2019. He is also working on a nonfiction book about immigrants in contemporary New York, for which he was awarded a Guggenheim fellowship. Mehta has written original screenplays for films, including New York, I Love You. Mehta was born in Calcutta and raised in Bombay and New York. He is a graduate of New York University and the Iowa Writers’ Workshop.

The Vanishing: Faith, Loss, and the Twilight of Christianity in the Land of the Prophets (Hardcover)