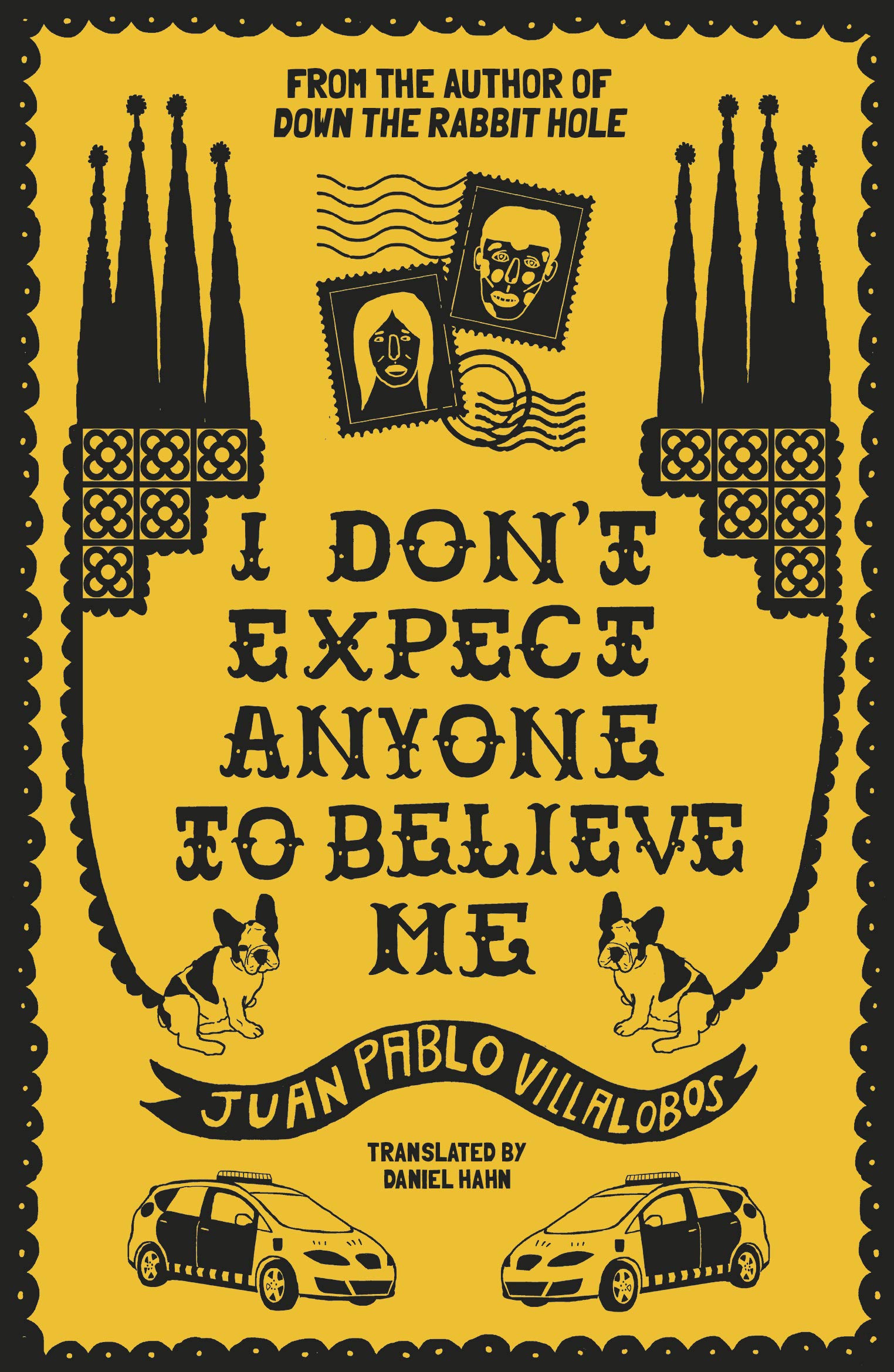 “I don’t expect anyone to believe me,” warns the narrator of this novel, a Mexican student called Juan Pablo Villalobos. He is about to fly to Barcelona on a scholarship when he’s kidnapped in a bookshop and whisked away by thugs to a basement. The gangsters are threatening his cousin―a wannabe entrepreneur known to some as “Projects” and to others as “dickhead”―who is gagged and tied to a chair. The thugs say Juan Pablo must work for them. His mission? To make Laia, the daughter of a corrupt politician, fall in love with him. He accepts. . . . though not before the crime boss has forced him at gunpoint into a discussion on the limits of humour in literature. Part campus novel, part gangster thriller, I Don’t Expect Anyone to Believe Me is Villalobos at his best. Exuberantly foul-mouthed and intellectually agile, this hugely entertaining novel finds the light side of difficult subjects―immigration, corruption, family loyalty and love―in a world where the difference between comedy and tragedy depends entirely on who’s telling the joke.

"We laugh (a lot!), although perhaps we shouldn’t, as each laugh carries the implicit admission that some of what we are laughing at is actually true." ― El Cultural, El Mundo

"With a torrential, expressive rhythm, a continuous series of happy absurdities, the nostalgic sensibility of the immigrant and a devastating humour, Juan Pablo Villalobos has written a magnificent novel that provokes reflection on multicultural values and the meaning and importance of tolerance." ―Jesús Ferre, La Razón

"A sarcastic, entertaining and acidic story. A book that debunks literature, proposing the idea that a primary function of the novel is hedonistic. But, despite all its outrageous goings-on, this book becomes an artefact against reality, a satire against cliché, a literary artefact against meaninglessness and a defence of the vital importance of humour." ―J.L Martín Nogales, Diario de Navarra

“Hilariously cutting, furnished with highly stylized coarse humor, Juan Pablo Villalobos’ novels do not follow any rules, other than the logic of the absurd . . . The author’s intelligence steers us through the jokes and disasters, and especially the nonsense, which he redeems with a leavening sarcasm that turns reading the book into a highly valuable act of literary renewal.”⁠―Francisco Solano, El País

Juan Pablo Villalobos was born in Guadalajara, Mexico, in 1973. He studied marketing and Spanish literature, before working as a market researcher, and writing travel stories and literary and film criticism. He has researched topics as diverse as the influence of the avant-garde on the work of César Aira and the flexibility of pipelines for electrical installations. His books include his Guardian First Book Award-shortlisted debut Down the Rabbit Hole, as well as Quesadillas and I’ll Sell You a Dog. He is married with two Mexican-Brazilian-Italian-Catalan children. I Don’t Expect Anyone to Believe Me is his fourth novel.

Daniel Hahn is a writer, editor and translator with some sixty-something books to his name. His work has won him the Independent Foreign Fiction Prize, the Blue Peter Book Award and the International Dublin Literary Award, and he has been shortlisted for the Man Booker International Prize, among others.

I Don't Expect Anyone to Believe Me (Paperback)