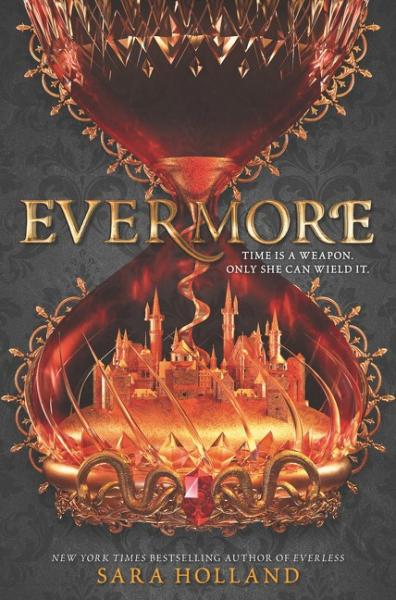 Jules Ember was raised hearing legends of the ancient magic of the wicked Alchemist and the good Sorceress. But she has just learned the truth: She is the Alchemist, and Caro—a woman who single-handedly murdered the Queen and Jules’s first love, Roan, in cold blood—is the Sorceress.

The whole kingdom believes that Jules is responsible for the murders, and a hefty bounty has been placed on her head. And Caro is intent on destroying Jules, who stole her heart twelve lifetimes ago. Jules must delve into the stories that she now recognizes are accounts of her own past. For it is only by piecing together the mysteries of her lives that Jules will be able to save the person who has captured her own heart in this one.

Sara Holland grew up in small-town Minnesota, but also in the countless fictional worlds of books. She graduated from Wesleyan University and worked in a tea shop, a dentist’s office, and a state capitol building before heading to New York to work in publishing. These days, she can be found exploring the city’s bookstores or finding new ways to put caffeine in her bloodstream. Evermore, the sequel to the New York Times bestselling book Everless, is her sophomore novel.