We're thrilled to welcome a phenomenal roster of poets to read their work from The Eloquent Poem, the extraordinary poetry collection edited by Elise Paschen.

RIGOBERTO GONZALEZ is the author of five books of poetry, most recently The Book of Ruin. His twelve books of prose include two bilingual children's books, the three young adult novels in the Mariposa Club series, and the memoir Butterfly Boy: Memories of a Chicano Mariposa, which received the American Book Award from the Before Columbus Foundation. He is the recipient of Guggenheim, NEA, and USA Rolón fellowships, a NYFA grant in poetry, the Lenore Marshall Prize from the Academy of American Poets, the Lambda Literary Award for Poetry, the Shelley Memorial Award from the Poetry Society of America, The Poetry Center Book Award, and the Barnes & Noble Writer for Writers Award. Currently, he is professor of English and director of the MFA Program in Creative Writing at Rutgers-Newark, the State University of New Jersey.

EDWARD HIRSCH has published nine books of poems, including The Living Fire: New and Selected Poems, which brings together thirty-five years of work, and Gabriel: A Poem, a book-length elegy for his son that The New Yorker calls "a masterpiece of sorrow." He has also published five prose books about poetry. He is president of the John Simon Guggenheim Memorial Foundation in New York City.

KIMIKO HAHN, whose Toxic Flora and Brain Fever were prompted by fields of science, has a forthcoming collection, Foreign Bodies, that reprises the personal as political. Honors include a Guggenheim Fellowship, PEN/Voelcker Award, and Shelley Memorial Prize. Hahn is a distinguished professor in the MFA Program in Creative Writing & Literary Translation at Queens College, City University of New York.

ELLEN RACHLIN has published two collections of her poems, Until Crazy Catches Me and Permeable Divide, winner of the 2018 IBPA Benjamin Franklin Silver Award; she is also the author of two chapbooks. She serves as Treasurer for the Poetry Society of America.

CORNELIUS EADY’s seven poetry collections include: Victims of the Latest Dance Craze, winner of the 1985 Lamont Prize; The Gathering of My Name, nominated for a 1992 Pulitzer Prize; and Hardheaded Weather (Putnam, 2008). He is co-founder of the Cave Canem Foundation and a professor of English at SUNY Stony Brook Southampton.

PAUL MULDOON was born in County Armagh in 1951. He now lives in New York. A former radio and television producer for the BBC in Belfast, he has taught at Princeton University for more than thirty years. He is the author of thirteen collections of poetry, including Moy Sand and Gravel, for which he won the 2003 Pulitzer Prize, and Frolic and Detour, published in 2019.

ELISE PASCHEN, an enrolled member of the Osage Nation, is the author of four poetry collections, most recently The Nightlife. She has edited or co-edited numerous anthologies, including The New York Times bestsellers Poetry Speaks and Poetry Speaks to Children. Former Executive Director of the Poetry Society of America, she is a co-founder of Poetry in Motion. She teaches in the MFA Writing Program at the School of the Art Institute of Chicago. 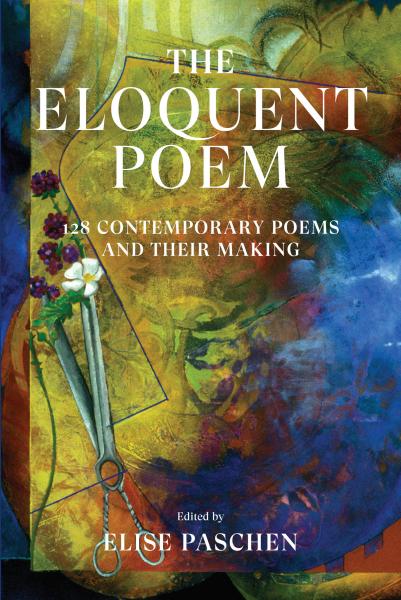