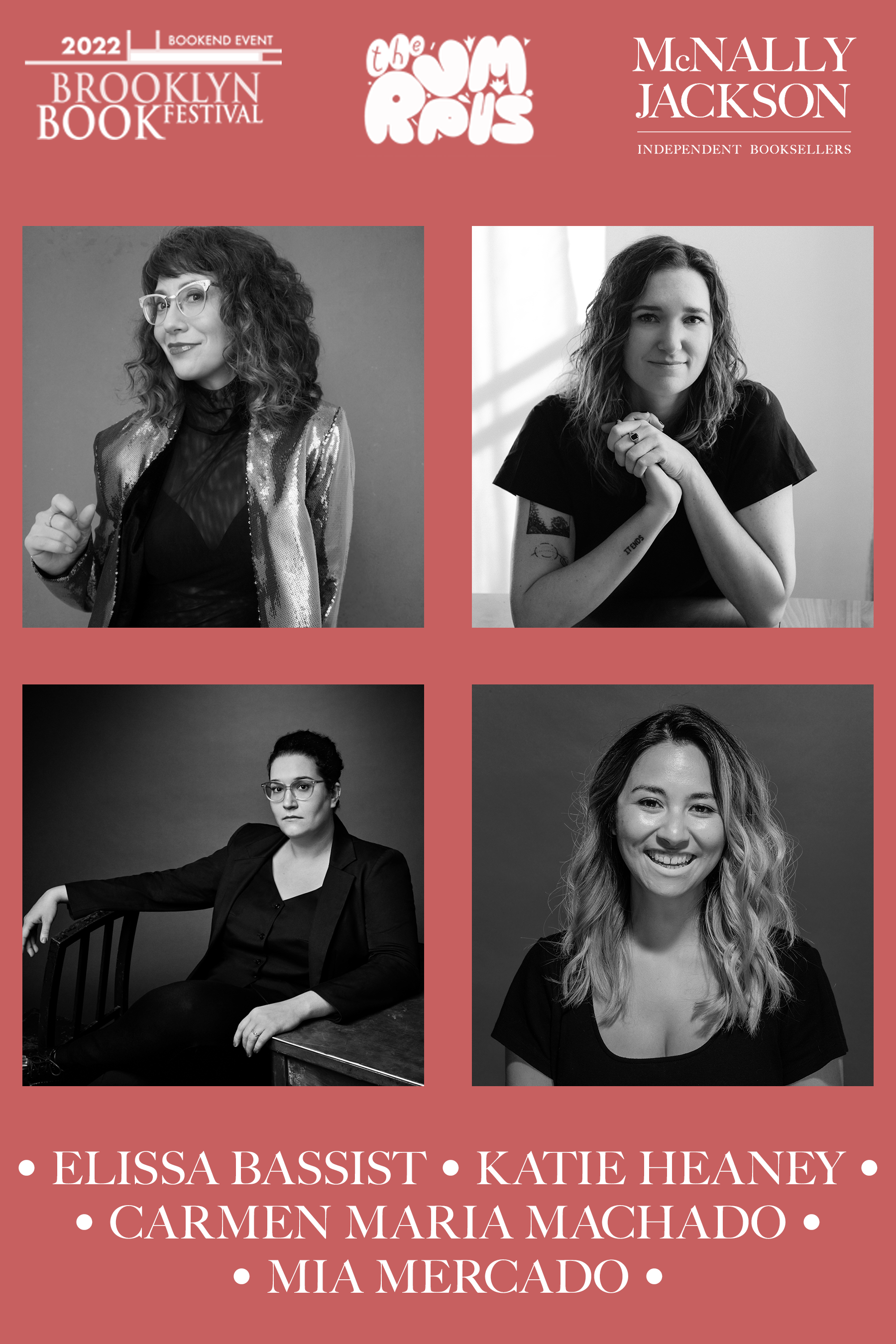 Readings by the column's editor, Elissa Bassist (author of our Book Club pick Hysterical), and a few of our favorite contributors, including Carmen Maria Machado (Her Body and Other Parties) and Mia Mercado (The Cut, She's Nice Though). This event is free for current Rumpus Book Club Members or $5 (redeemable voucher) for non-members. This event is an official 2022 Brooklyn Book Festival Bookends event.

We recommend that guests wear masks. 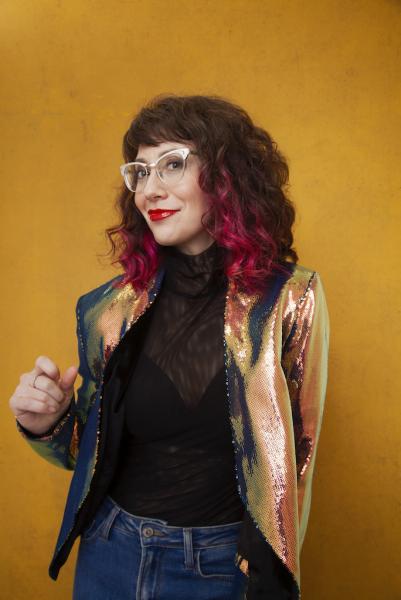 Elissa Bassist edits the “Funny Women” column on The Rumpus and is the author of the award-deserving Hysterical: A Memoir. As a founding contributor to The Rumpus, she’s written cultural, feminist, and personal criticism since the website launched in 2009. Her writing has appeared in The New York Times, Marie Claire, Creative Nonfiction, and more, A LOT MORE, including the anthology Not That Bad: Dispatches from Rape Culture, edited by Roxane Gay. She teaches humor writing at The New School, Catapult, 92NY, and Lighthouse Writers Workshop, and she is probably her therapist’s favorite. 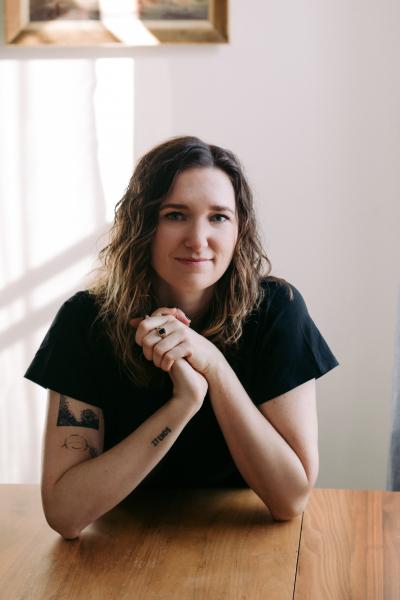 Katie Heaney is a senior staff writer at The Cut, and author of several books, including The Year I Stopped Trying, published last year. Her New York Times Modern Love essay, "Am I Gay? Maybe This Fun Quiz Will Tell Me" was adapted for TV on the Amazon series "Modern Love." 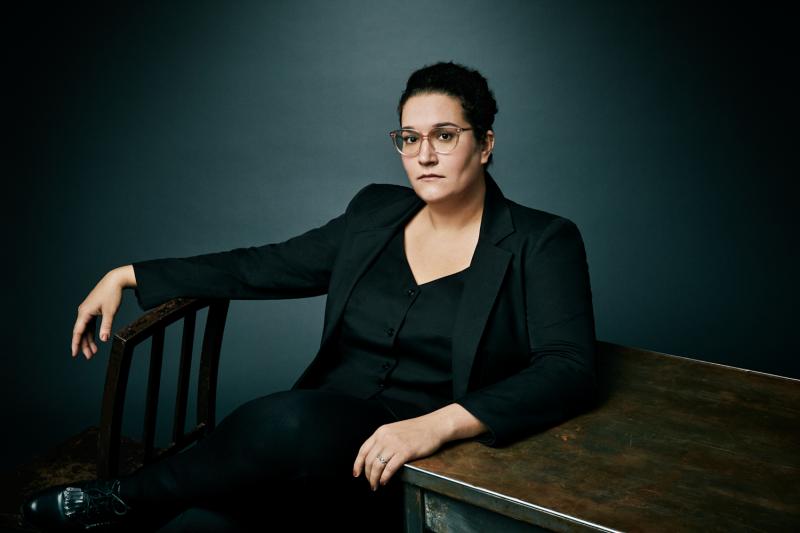 Carmen Maria Machado is the author of the bestselling memoir In the Dream House and the award-winning short story collection Her Body and Other Parties. She has been a finalist for the National Book Award and the winner of the Bard Fiction Prize, the Lambda Literary Award for Lesbian Fiction, and the National Book Critics Circle's John Leonard Prize, among others. Her essays, fiction, and criticism have appeared in the New Yorker, the New York Times, Granta, Vogue, This American Life, The Believer, Guernica, and elsewhere. She holds an MFA from the Iowa Writers’ Workshop and has been awarded fellowships and residencies from the Guggenheim Foundation, Yaddo, Hedgebrook, and the Millay Colony for the Arts. 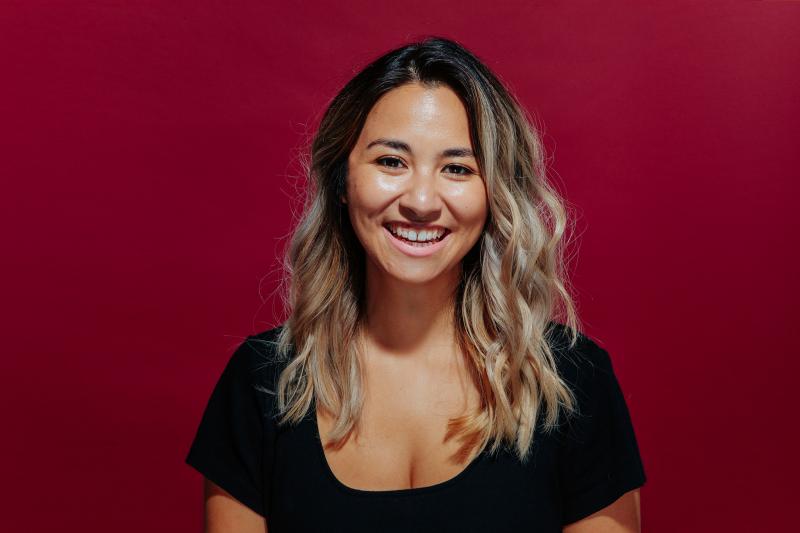 Mia Mercado is a humor writer and the author of She's Nice Though and Weird But Normal. She's currently a contributor for New York Magazine's the Cut, writing a weekly column ("I Can't Shut Up About") on her latest internet obsession. Mia's work has appeared in The New Yorker, the New York Times, Cosmopolitan, McSweeney's, Reductress, and a bottle she threw in the Milwaukee River when she was nine. You can follow her on Twitter @miamarket but, like, no pressure.