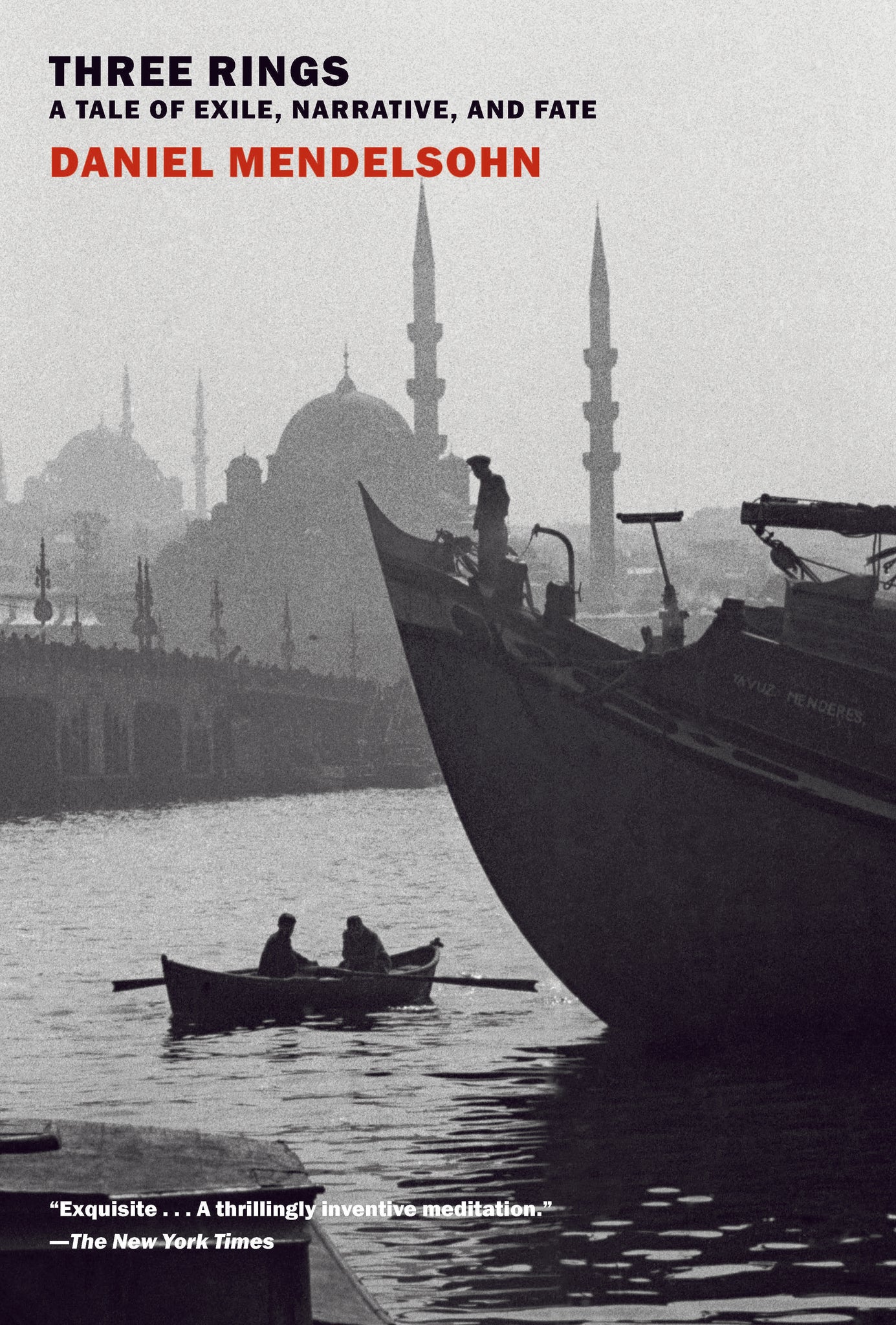 A memoir, biography, work of history, and literary criticism all in one, this moving book tells the story of three exiled writers—Erich Auerbach, François Fénelon, and W. G. Sebald—and their relationship with the classics, from Homer to Mimesis.

In a genre-defying book hailed as “exquisite” (The New York Times) and “spectacular” (The Times Literary Supplement), the best-selling memoirist and critic Daniel Mendelsohn explores the mysterious links between the randomness of the lives we lead and the artfulness of the stories we tell. Combining memoir, biography, history, and literary criticism, Three Rings weaves together the stories of three exiled writers who turned to the classics of the past to create masterpieces of their own—works that pondered the nature of narrative itself: Erich Auerbach, the Jewish philologist who fled Hitler’s Germany and wrote his classic study of Western literature, Mimesis, in Istanbul; François Fénelon, the seventeenth-century French archbishop whose ingenious sequel to the Odyssey, The Adventures of Telemachus—a veiled critique of the Sun King and the best-selling book in Europe for a hundred years—resulted in his banishment; and the German novelist W.G. Sebald, self-exiled to England, whose distinctively meandering narratives explore Odyssean themes of displacement, nostalgia, and separation from home.

Intertwined with these tales of exile and artistic crisis is an account of Mendelsohn’s struggle to write two of his own books—a family saga of the Holocaust and a memoir about reading the Odyssey with his elderly father—that are haunted by tales of oppression and wandering. As Three Rings moves to its startling conclusion, a climactic revelation about the way in which the lives of its three heroes were linked across borders, languages, and centuries forces the reader to reconsider the relationship between narrative and history, art and life. 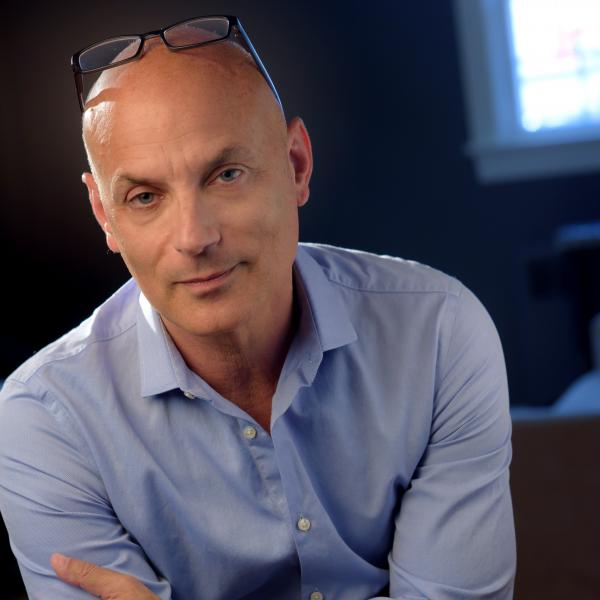 Daniel Mendelsohn is a frequent contributor to The New Yorker and The New York Review of Books, where he is Editor-at-Large. His books include the memoirs An Odyssey: A Father, a Son, and an Epic and The Lost: A Search for Six of Six Million, a translation of the poetry of Constantine Cavafy, and three collections of essays and criticism, most recently Ecstasy and Terror: From the Greeks to Game of Thrones. A professor of Humanities at Bard College, he is the director of the Robert B. Silvers Foundation. 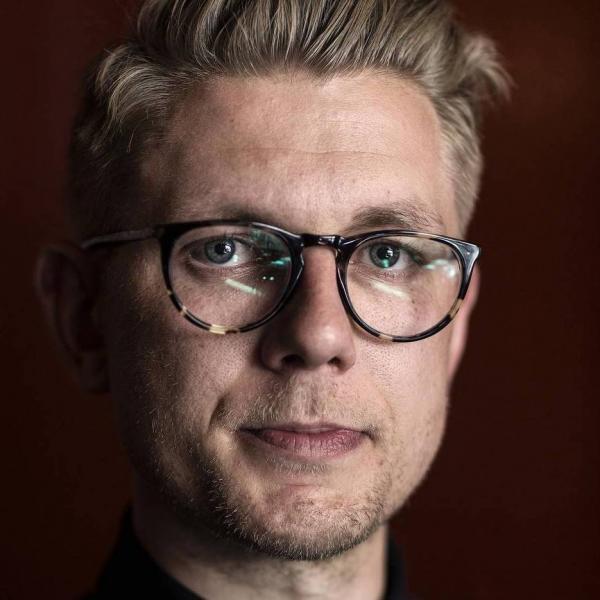 Morten Høi Jensen is a writer and critic from Copenhagen, Denmark. He is the author of A Difficult Death: The Life and Work of Jens Peter Jacobsen. He lives in Brooklyn. 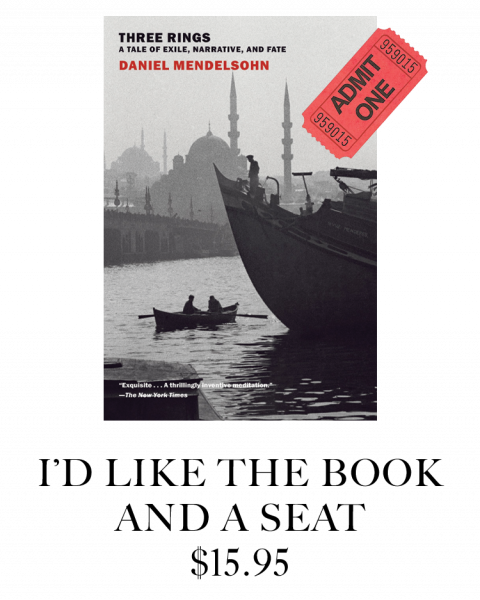