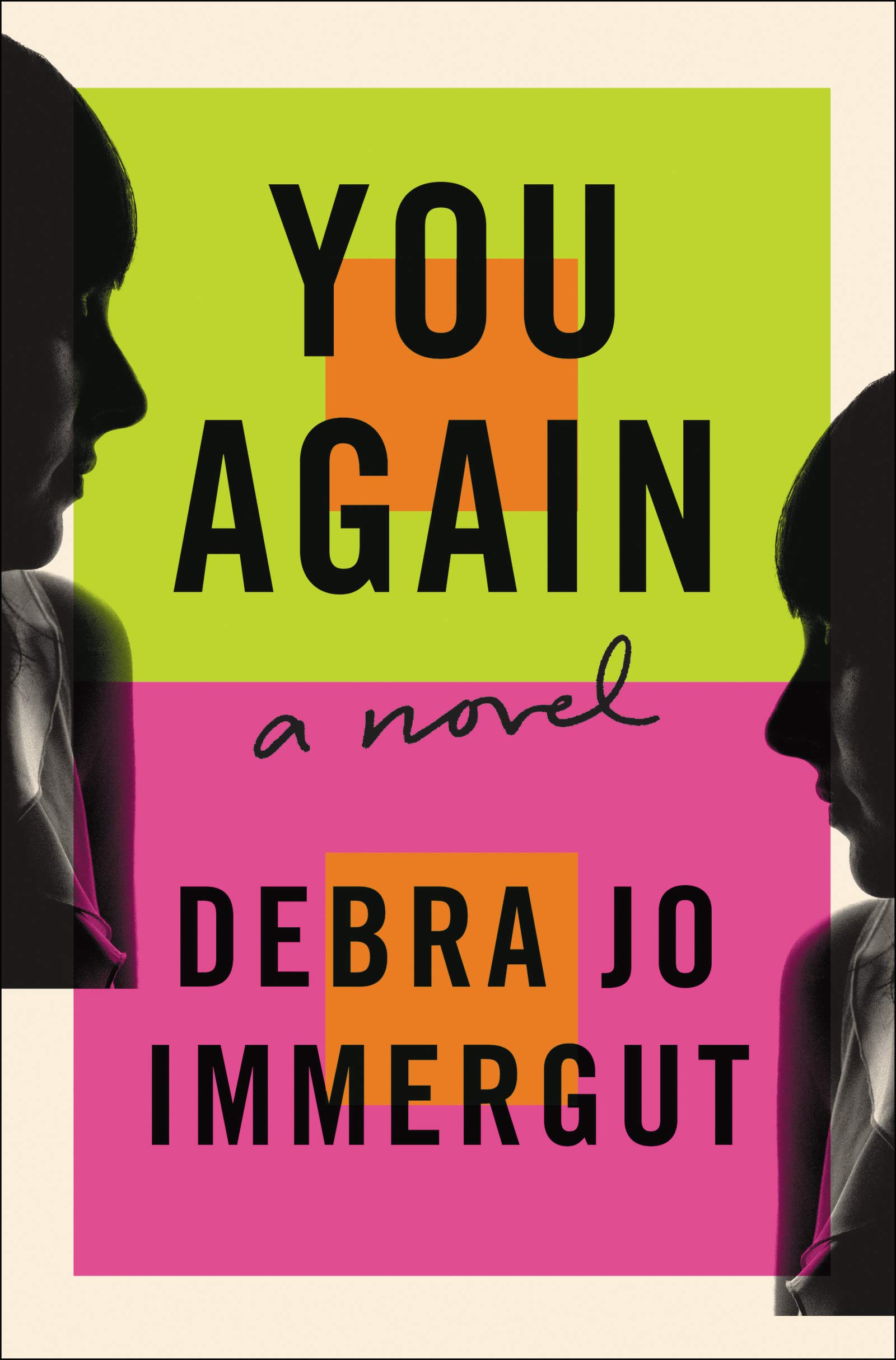 In this edition, Cheryl talks to Debra Jo Immergut, author of You Again.

From Edgar Award nominee Debra Jo Immergut, a taut, twisting work of suspense about a woman haunted by her younger self

Abigail Willard first spots her from the back of a New York cab: the spitting image of Abby herself at age twenty-two—right down to the silver platforms and raspberry coat she wore as a young artist with a taste for wildness. But the real Abby is now forty-six and married, with a corporate job and two kids. As the girl vanishes into a rainy night, Abby is left shaken. Was this merely a hallucinatory side effect of working-mom stress? A message of sorts, sent to remind her of passions and dreams tossed aside? Or something more explosive and life-altering?

As weeks go by, Abby continues to spot her double around her old New York haunts—and soon, despite her better instincts, Abby finds herself tailing her look-alike. She is dogged by a nagging suspicion that there is a deeper mystery to figure out, one rooted far in her past. All the while, Abby’s life starts to slip from her control: her marriage hits major turbulence, her teenage son drifts into a radical movement that portends a dark coming era. When her elusive double presents her with a dangerous proposition, Abby must decide how much she values the life she’s built, and how deeply she knows herself.

You Again is an audaciously constructed novel, an unboxing of memory, desire, and regret—and an electrifying portrait of a woman hurtling toward a key crossroads in her life, where a secret lies buried like an undetonated bomb.

“At once a mind-bending puzzle and a profound meditation on love, fate, ambition, and regret.” (Kirkus Reviews (starred review))

"So accomplished, so glorious—a complete original from page one. You may as well buy your second copy now.” (Janet Fitch, author of The Revolution of Marina M. and Chimes of a Lost Cathedral )

"With mesmerizing deftness, You Again brilliantly reimagines a woman’s search for her lost ambition as a psychological thriller. This book takes the questions of middle age—What happens to an artist’s creative force when she becomes a mother with a day job? Can we recover lost time and neglected passion? Is idealism the purview of the young?—and turns them inside out. An extraordinary book." (Heather Abel, author of The Optimistic Decade )

Debra Jo Immergut brings her considerable literary talent to bear in this thrilling and beautifully-imagined exploration of a universally tantalizing notion—meeting your younger self! You Again is a swirling, propulsive novel of suspense and a deep dive into time, memory, art, family. Ambitious and enthralling. (James A. McLaughlin, author of Bearskin)

"Debra Jo Immergut's You Again implicates the reader into a dark mystery that begins with suspicion and ends exactly where it must. Immergut writes this stunning portrait of a woman on the brink of collapse as only she can write it—which is to say, beautifully, intelligently, and full of compassion." (Brandon Hobson, National Book Award finalist and author of Where the Dead Sit Talking)

Debra Jo Immergut is the author of the Edgar-nominated novel The Captives and the story collection Private Property. She has been awarded a MacDowell fellowship and a Michener fellowship. Her literary work has been published in American Short Fiction and Narrative. As a journalist, she has been a frequent contributor to the Wall Street Journal and the Boston Globe. She has an MFA from the Iowa Writers’ Workshop.

Cheryl Pearl Sucher is an award winning novelist,  journalist and interviewer as well as one of McNally Jackson’s original gangsters. A recipient of a National Endowment of the Arts Fellowship in Fiction, her first novel, The Rescue of Memory, was published by Scribner; and she hopes that her second, Alive Among the Ruins, will be in print before her cousin Julia turns 90.  She lives between New Jersey and New Zealand and is the curator for our Between Two Worlds author conversation series, where she has interviewed Min Jin Lee, Sigrid Nuñez, Susan Choi and Sally Rooney, among others.

You Again: A Novel (Hardcover)