In this edition, Cheryl talks to Jeff Sharlet, author of This Brilliant Darkness: A Book of Strangers. 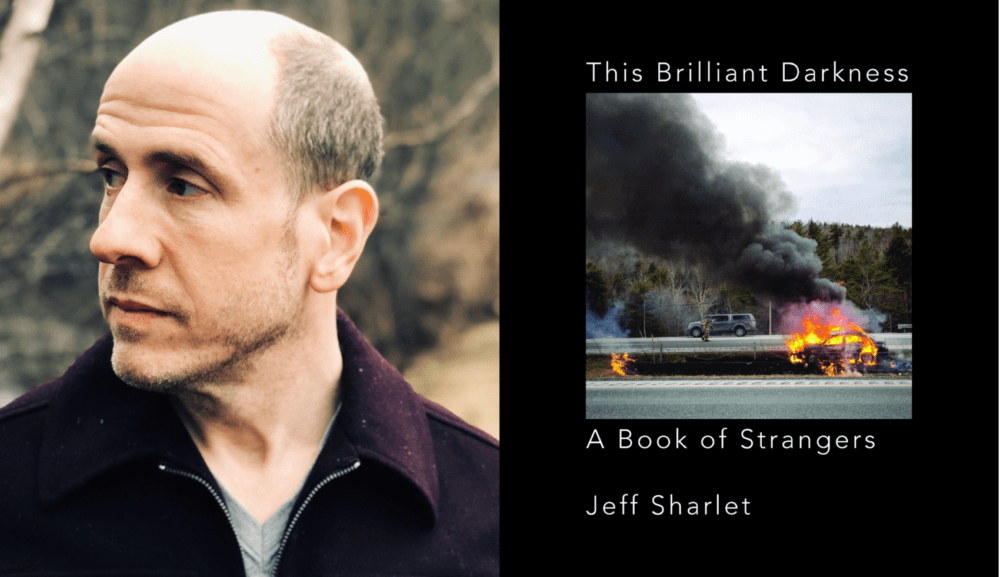 Known for immersion journalism that is more immersed than most people are willing to go, and for a prose style that is somehow both fierce and soulful, Jeff Sharlet dives deep into the darkness around us and awaiting us.

This work began when his father had a heart attack; two years later, Jeff, still in his forties, had a heart attack of his own. In the grip of writerly self-doubt, Jeff turned to images, taking snapshots and posting them on Instagram, writing short, true stories that bloomed into documentary. During those two years, he spent a lot of time on the road: meeting strangers working night shifts as he drove through the mountains to see his father; exploring the life and death of Charley Keunang, a once-aspiring actor shot by the police on LA’s Skid Row; documenting gay pride amidst the violent homophobia of Putin’s Russia; passing time with homeless teen addicts in Dublin; and accompanying a lonely woman, whose only friend was a houseplant, on shopping trips.

Early readers have called this book “incantatory,” the voice “prophetic,” in “James Agee’s tradition of looking at the reality of American lives.” Defined by insomnia and late-night driving and the companionship of other darkness-dwellers―night bakers and last-call drinkers, frightened people and frightening people, the homeless, the lost (or merely disoriented), and other people on the margins―This Brilliant Darkness erases the boundaries between author, subject, and reader to ask: how do people live with suffering?

Jeff Sharlet is associate professor of English and creative writing at Dartmouth, and the best-selling author of The Family (made into a Netflix documentary series), This Brilliant Darkness, C Street, and Sweet Heaven When I Die. His work has earned numerous awards, including the National Magazine Award and the Outspoken Award.

This Brilliant Darkness: A Book of Strangers (Hardcover)