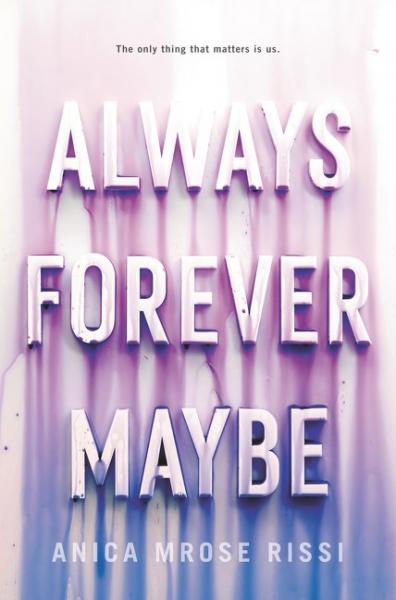 When Betts meets Aiden at the candy store where she works, their connection is like a sugar rush to the heart. Betts already knows the two of them are infinite. Inevitable. Destined to become an us.

Betts has only ever kept one secret from her best friend, Jo, but suddenly there’s a long list of things she won’t tell her, things Jo wouldn’t understand. Because Jo doesn’t see how good Aiden is for Betts. She finds him needy. Possessive. Controlling.

She’s wrong. With a love like this, nothing else matters.

Anica Mrose Rissi grew up on an island off the coast of Maine, where her penchant for telling and collecting stories began. After graduating from Yale University with a degree in American Studies, she moved to New York City, where she worked as a cheesemonger and book editor. When she isn’t writing, Anica may be found fiddling in the electro-country band Owen Lake & the Tragic Loves or walking with her dog, Arugula, near their home in Princeton, New Jersey. Anica is the author of several books for younger readers, and her essays have been published by The Writer and the New York Times. This is her YA debut. Visit her online at www.anicarissi.com.