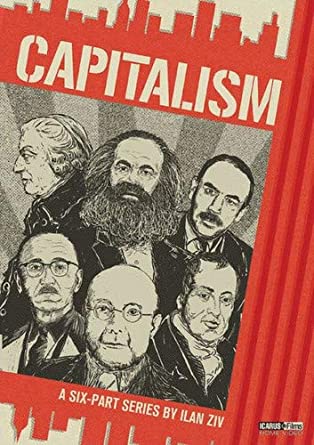 CAPITALISM is an ambitious and accessible six-part documentary series that looks at both the history of ideas and the social forces that have shaped the capitalist world.

Blending interviews with some of the world's great historians, economists, anthropologists, and social critics with on-the-ground footage shot in twenty-two countries, CAPITALISM questions the myth of the unfettered free market, explores the nature of debt and commodities, and retraces some of the great economic debates of the last 200 years.

Each fifty-two minute episode is designed to stand alone, making these ideal for classroom use or as an additional resource for students:

Episode 1:  Adam Smith, The Birth of the Free Market
Capitalism is much more complex than the vision Adam Smith laid out in The Wealth of Nations. Indeed, it predates Smith by centuries and took root in the practices of colonialism and the slave trade.

Episode 2: The Wealth of Nations: A New Gospel?
Adam Smith was both economist and moral philosopher. But his work on morality is largely forgotten, leading to tragic distortions that have shaped our global economic system.

Episode 3: Ricardo and Malthus: Did You Say Freedom?
The roots of today's global trade agreements lie in the work of stockbroker David Ricardo and demographer Thomas Malthus. Together, they would restructure society in the image of the market.

Episode 4: What If Marx Was Right?
Have we gotten Marx wrong by focusing on the Communist Manifesto instead of on his critique of how capitalism works - a critique that is relevant and as penetrating as ever?

Episode 5: Keynes vs. Hayek: A Fake Debate?
The ideological divide between the philosophies of John Maynard Keynes and Friedrich Hayek has dominated economics for nearly a century. Is it time for the pendulum to swing back to Keynes? Or do we need a whole new approach that goes beyond this dualism?

Episode 6: Karl Polanyi, The Human Factor
An exploration of the life and work of Karl Polanyi, who sought to reintegrate society and economy. Could the commodification of labour and money ultimately be as disastrous as floods, drought and earthquakes?

CAPITALISM is an impressive series that makes economics accessible through an interdisciplinary approach that explores the work of great thinkers, while embedding economics in specific social, political, and historical contexts. The series can be watched as a whole, but each episode also stands alone.