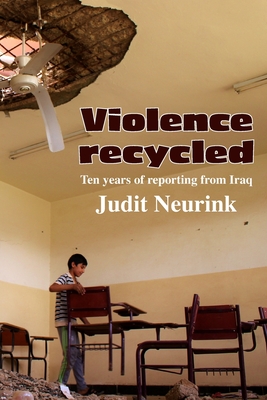 A personal report of a journey spanning a decade in a country that has been moving from war to peace and back again. Dutch journalist Judit Neurink arrived in Iraq in 2008 to set up a training center for journalists. She reported as a correspondent on the development in the Kurdistan Region of Iraq, the rise and fall of the Islamic terror group ISIS and the kidnapping and murder of thousands of Yazidis. She witnessed the division of Iraq on the basis of ethnicity and religion and heard the ever louder call for a strong leader.
For her, it all led to a strong connection to the country. More so, when with the protests by young Iraqis against the corruption, lawlessness and violence, aroused new hope. At the same time, a vengeful ISIS reappeared as a threat - as the death of Abu Bakr al-Baghdadi had no effect.
Neurink came to help in rebuilding Iraq, but more and more had to report on tensions and violence. She could not remain immune from the suffering, and that eventually led to her leaving. In "Violence Recycled" she looks back at a tumultuous decade, and shows the reader the cultural diversity, deeply rooted conflicts and highs and lows of a country that she came to love, but for which a peaceful future seems an almost impossible dream. Judit Neurink (1957) is a journalist and writer. She writes for Dutch, Belgian and international media and published "The War of ISIS, Slaves Wives and Brides" and the novel "The Jewish Bride".