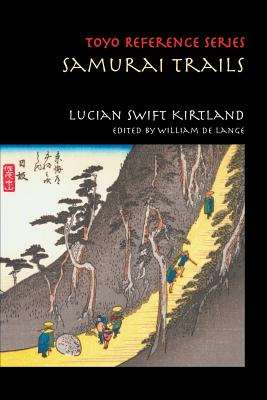 By Lucian Swift Kirtland, William De Lange (Editor)
$14.50
Not On Our Shelves - Available to Order

Lucian Swift Kirtland (1881-1965), walking Japan's ancient Tōkaidō and Nakasendō highroads on the eve of the First World War, is still very much the late-nineteenth century traveler, pith helmet and all. And while, like so many of his contemporaries, he is prone to the unabashed Orientalism of his day, he is thankfully free of the "eczema of reformers." Despite his determination to be of "extreme magnitude in the perspective," Kirkland soon falls head-over heel for Japan's irresistible charm, surprising us with his evocative, unprejudiced observations-of a group of men in conversation, of a whistful girl at a barber shop dreaming of another life.

With Kirthland we discover a Japan that has by now all but disappeared, a rural and mystical landscape occupied by abandoned temples, thatched cottages, old inns that once hosted feudal lords on their way to the capital. It is a landscape inhabited by quintessentially Japanese characters-a white-bearded pilgrim leaning on his staff, a fairy-like girl carrying a barrel-sized basket on her back, her eyes fixed on some wild flowers in her hand.

As to every visitor, past and present, Japan to Kirtland proves a country full of wonderful contradictions. Thus, lost in the mist among the mountains on the Nakasendō, he and his companions encounter a peasants in traditional rush grass cape, terrified at the sight of aliens, while at the next inn a maid sits down at the foot of his bed for a cigarette and a casual conversation about marriage.