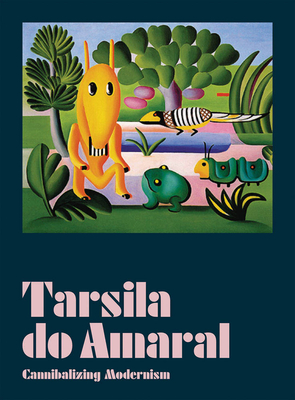 The luminous, revelatory landscapes of the pioneering Latin American modernist, in a deluxe production

Featuring a tip-on cover images and paper changes throughout, Cannibalizing Modernism is the first comprehensive English-language catalog on the Brazilian painter Tarsila do Amaral (1886-1973), a key figure in Latin American modernism.

After studying with Fernand L ger and Andr Lhote in Paris, Tarsila--as she is widely known in Brazil--cannibalized modern European references to create a unique style, with the use of caipira (rural Brazilian) colors and representations of local characters and scenes. Much of her work was made in dialogue with two leading modernist thinkers of her time, M rio de Andrade and Oswald de Andrade. Her work also parallels the development of Oswald de Andrade's antropofagia, a key concept in 20th-century Latin American thought, through which intellectuals of the tropics would cannibalize European cultural references, while also bringing indigenous, Afro-Atlantic and local elements into their work. Cannibalizing Modernism reproduces 233 paintings alongside documents and photographs.