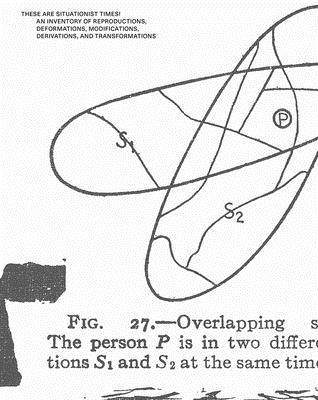 Excavating one of the great countercultural journals of the '60s, with previously unseen archival material

Edited and published by the Dutch artist Jacqueline de Jong between 1962 and 1967, The Situationist Times was an exuberant, multilingual, transdisciplinary magazine that became one of the most exciting and playful publications of the 1960s.

Throughout its six diverse issues, the magazine challenged the notion of what it meant to be a situationist. Contributors included Aldo Van Eyck, Asger Jorn, Max Bucaille, Pierre Alechinsky and Boris Vian; themes included "situlogical" patterns, labyrinths and topology. These Are Situationist Times provides a history of the magazine, also probing its contemporary relevance and presenting the material de Jong assembled in the early 1970s for a never-realized seventh issue devoted to pinball. Lavishly illustrated and featuring previously unseen materials and new scholarship, this book reanimates de Jong's magazine for our times.