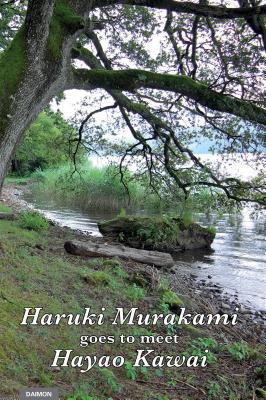 By Haruki Murakami, Hayao Kawai
$29.50
Not On Our Shelves - Available to Order

Two of Japan's foremost contemporary cultural spokespersons met for an informal conversation with remarkable results. While their extended talk took place at a particular location at a particular moment in history, much of the content is timeless and universal. After popular acclaim in Japan, the transcript now makes its first appearance in English.

Topics from the Contents:
The Meaning of Commitment
Words or Images?
Making Stories
Answering Logically versus Answering Compassionately
Self-Healing and Novels
Marriage and 'Well-digging'
Curing and Living
Stories and the Body
The Relationship between a Work and its Author
Individuality and Universality
Violence and Expression
Where are We Headed?

Haruki Murakami began to write at the age of 30 and blossomed into one of the premier writers of his generation. He has been awarded numerous honors in Japan as well as internationally, including the Franz Kafka Prize, the Jerusalem Prize and many others. He is known for his journalistic pieces, short stories and genre-defying novels, including The Wind-up Bird Chronicle, Norwegian Wood, A Wild Sheep Chase, Wind/Pinball and 1Q84. Hayao Kawai was Minister of Culture for -Japan and decorated as a 'Person of Cultural- Merit'. He originally studied mathematics, then trained to become a Jungian psychoanalyst and sandplay therapist in Zurich. Back in his native country, he went on to introduce Jung's psychology and sandplay therapy. Kawai became a well-known writer and television personality in Japan and also abroad; many of his works have been translated into other languages.