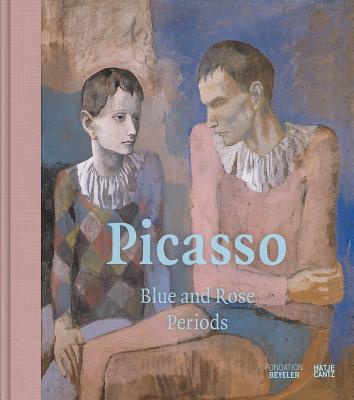 Charting Picasso's journey from the bohemians of the Blue Period to the Rose Period's acrobats and ingenues, this book celebrates some of the 20th century's most beloved masterpieces

Published for the most ambitious exhibition ever staged by the Fondation Beyeler, this book is devoted to the paintings and sculptures of the young Pablo Picasso (1881-1973) from the so-called Blue and Rose periods, between 1901 and 1906. The masterpieces of these crucial years, every one of them a milestone on Picasso's path to preeminence as the 20th century's most famous artist, are presented together, in an unparalleled concentration and quality. Picasso's pictures from this phase are some of the finest and most emotionally compelling examples of modern painting, and are counted among the most valuable works in the entire history of art.
Throughout the Blue period, Picasso depicted the material deprivation and psychological suffering of people on the margins of society, before turning, in 1905 (when he had settled in Paris), to the themes of the Rose period: jugglers, acrobats and harlequins. In the summer of 1906, Picasso spent several weeks in the Spanish Pyrenees, where he produced a profusion of paintings and sculptures uniting classical and archaic ideals of the body. His increasing deformation and fragmentation of the figure throughout this period--apparent in the "primitivist" pictures, especially the female nudes--heralded the emergence of the new pictorial language of cubism.
The works of the Blue and Rose periods have a universal appeal and poignancy. Existential themes--life, love, sexuality, fate and death--find embodiment in the delicate beauty of young female and male figures, and in depictions of children and of old people scarred by life, whose rendering by Picasso shows happiness and joy, but also loneliness and melancholy.