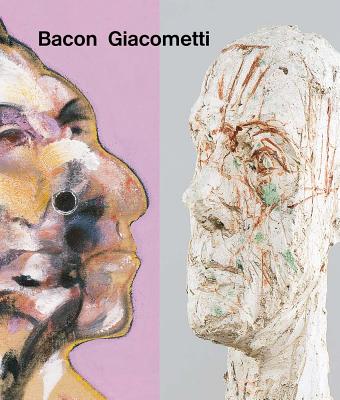 Alberto Giacometti (1901-66) and Francis Bacon (1909-92) were friends and rivals whose creative visions shaped art from the latter half of the 20th century to the present. This volume, published for a show at the Fondation Beyeler, marks the first time that a museum exhibition has been devoted to these two artists, revealing commonalities and amazing parallels between them.

Bacon and Giacometti shared a belief in the importance of the human figure and the old masters they both studied, copied and paraphrased. Both integrated cage-like entities into their works as a means of isolating figures in their surroundings. Both occupied themselves with the fragmented, deformed body and also shared an obsession with portraiture; both characterized themselves as "realists." And although the human figure always served as a touchstone in their work, they each raised its level of abstraction to an extreme. The painter Isabel Rawsthorne played a key role in the relationship between Giacometti and Bacon: she was a close friend of both artists, posed for them, and was also briefly Giacometti's lover.

For this show, loans of works by Bacon have been made from major private collections and renowned international museums, including the Art Institute in Chicago, the Museum of Modern Art, New York, and the Centre Pompidou, Paris. The Giacometti loans come almost entirely from the Fondation Giacometti in Paris. They include numerous original plaster sculptures from the artist's estate that have never before been shown in public.