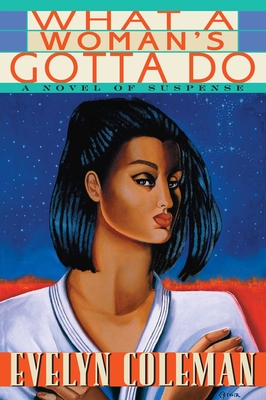 By Evelyn Coleman
$19.99
Not On Our Shelves - Available to Order

In this “thrilling, suspenseful journey” (Chicago Tribune) Patricia Conley is trying to find out why her man did her wrong and who did him in—and she’s ready to fight back.

Patricia Conley considers herself to be a brother’s worst nightmare. A lifetime of hurt has made her fierce. A lifetime of victories has made her proud. And a whole lot of hope keeps her going. Now Patricia’s most daring stab at happiness has come up bad: The man she was supposed to marry has stood her up. Last seen holding hands with another woman, Kenneth Lawson has vanished.

Still reeling from Kenneth’s disappearance, Patricia is stunned by a series of macabre discoveries. Her car is found bathed in blood. A woman is found dead. And another too-good-to-be-true brother is offering his services. Suddenly the tough-talking Atlanta journalist doesn't know who to trust. Because in a collision of murder, religion, love, and race, Patricia has learned some extraordinary secrets—some about Kenneth Lawson, a few about herself, and one that the whole world needs to know....

Evelyn Coleman’s books include To Be a Drum; White Socks Only; The Riches of Oseola McCarty, a Smithsonian Notable Book and a Carter G. Woodson Honor Book; and Born in Sin. Evelyn lives in Atlanta, Georgia, where she received the Atlanta Mayor’s fellowship for achievement in children’s literature. Visit Evelyn online at EvelynColeman.com.