White Negroes: When Cornrows Were in Vogue ... and Other Thoughts on Cultural Appropriation (MP3 CD) 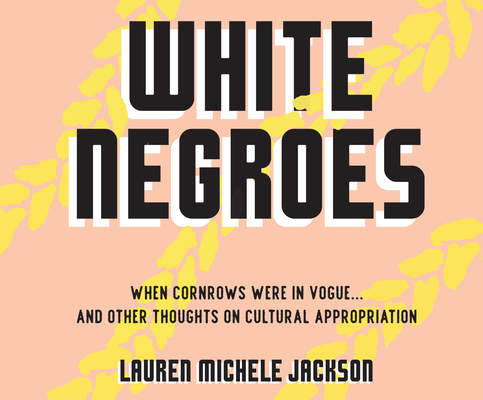 American culture loves blackness. From music and fashion to activism and language, black culture constantly achieves worldwide influence. Yet, when it comes to who is allowed to thrive from black hipness, the pioneers are usually left behind as black aesthetics are converted into mainstream success--and white profit. Weaving together narrative, scholarship, and critique, Lauren Michele Jackson reveals why cultural appropriation--something that's become embedded in our daily lives--deserves serious attention. It is a blueprint for taking wealth and power, and ultimately exacerbates the economic, political, and social inequity that persists in America. She unravels the racial contradictions lurking behind American culture as we know it--from shapeshifting celebrities and memes gone viral to brazen poets, loveable potheads, and faulty political leaders. An audacious debut, White Negroes brilliantly summons a re-interrogation of Norman Mailer's infamous 1957 essay of a similar name. It also introduces a bold new voice in Jackson. Piercing, curious, and bursting with pop-cultural touchstones, White Negroes is a dispatch in awe of black creativity everywhere and an urgent call for our thoughtful consumption.