Loophole of the Gods, Part III: The Silence (Paperback) 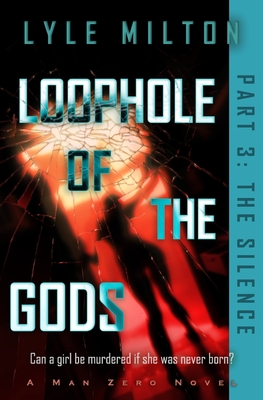 ★The Deeply Immersive Psychological Technothriller for fans of Ex Machina and A.I. ★Will a P.I. finally learn the real truth behind the remarkable girl at the core of a lethal conspiracy?

With the body count increasing-a very important one left in the middle of his office's floor-it's become clear to Jesse Davenport that someone doesn't simply want him dead; they won't be satisfied until they've first completely destroyed him. He resolves to clear his name before the inevitable, which plunges him ever-deeper into a war between 'gods.'

When he boldly confronts his suspects, he learns much more about Adrianna than he bargained for. He learns a truth that breaks his heart. A truth that shatters his world. A truth that sends him careening out of control.

But what is real?

They say the truth shall set you free, but some truths can set you afire. Can Jesse avoid the blaze and overcome his darkest impulses as the truth ignites his lust for vengeance? Find out in this explosive conclusion of Loophole of the Gods